This exploration of the Delta Green RPG kicks off a two part series facing the Cthulhu Mythos using the d100 Basic Roleplaying system. Part 2 will cover the sanity shredding horror of Call of Cthulhu by Chaosium. Today is the day to grab your M-16 and face off against cosmic horror on behalf of the US government as a member of Delta Green and strike back against the darkness you have experienced! 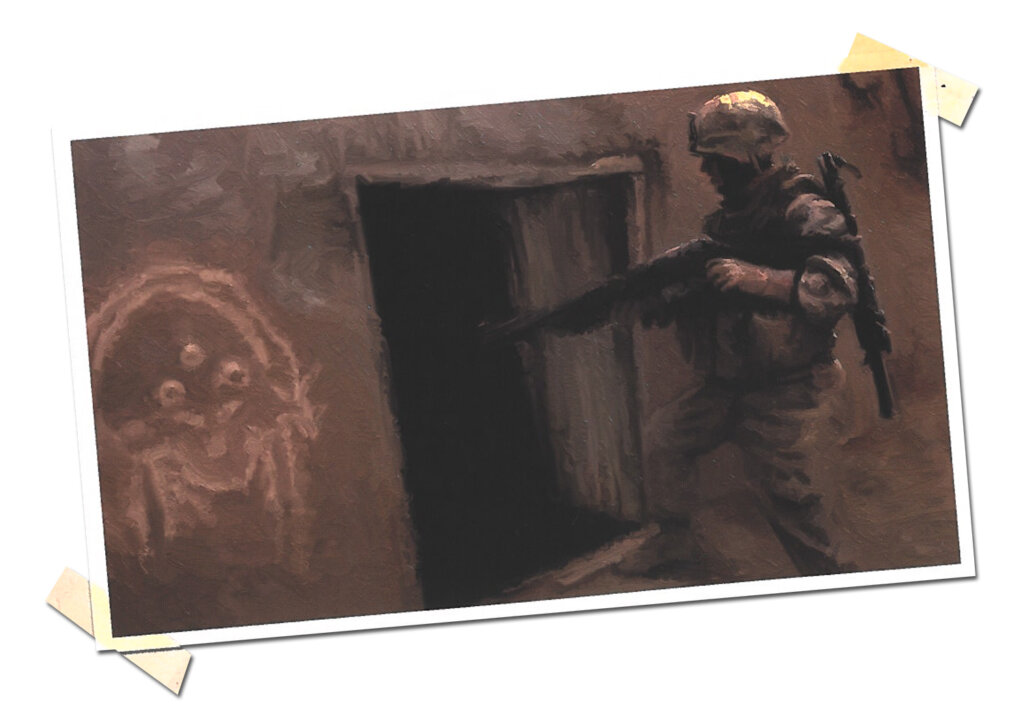 About The Delta Green RPG 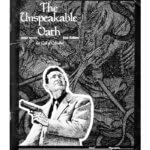 Delta Green sees elite police and military personnel called Agents—player characters—take on the horrors of a Lovecraftian universe as their sanity and home life crumbles around them… if they live long enough. The first scenario, Convergence, was published in Unspeakable Oath #7 by Pagan Publishing in 1993 using Call of Cthulhu (5th Edition).

Arc Dream Publishing is the current publisher with a two-volume set of rules: Delta Green RPG Slipcase. The RPG is supported by a series of exciting novels set in the Delta Green universe as well. Another recent release, the Fall of Delta Green, was published by Pelgrane Press in 2018.

Inside the current edition

The end papers of the Handler’s Guide have art of sticky notes, photographs, and documents all connected by black lines. The theme of various documents and scrawled notes is found throughout both books but does not interfere with understanding the material or detract from readability.

Designed for Handlers—game/dungeon masters—the Handler’s Guide contains over a hundred pages of world information followed by spell books and spells, monsters and threats, the mystery of the two Delta Greens, how to create an adventure, and a sample adventure. The Agent’s Handbook is crammed with all the rules including weapons and vehicles and details on Federal Agencies. It also has appendices that include details on tradecraft.

This version of the rules builds on the d100 Basic Roleplaying set of rules. It shares similar Sanity rules with Call of Cthulhu, while the combat rules tend to be a bit more dangerous. Some conflicts even include a percentage chance of outright death from certain weapons which have a Lethality Rating.

In addition to Sanity loss, it builds on the idea that Agents can reduce Sanity loss but at the cost of the strength of their personal relationships. These unique rules cover an entire chapter on Home: what Agents do there and how they can really screw things up for themselves and their loved ones. 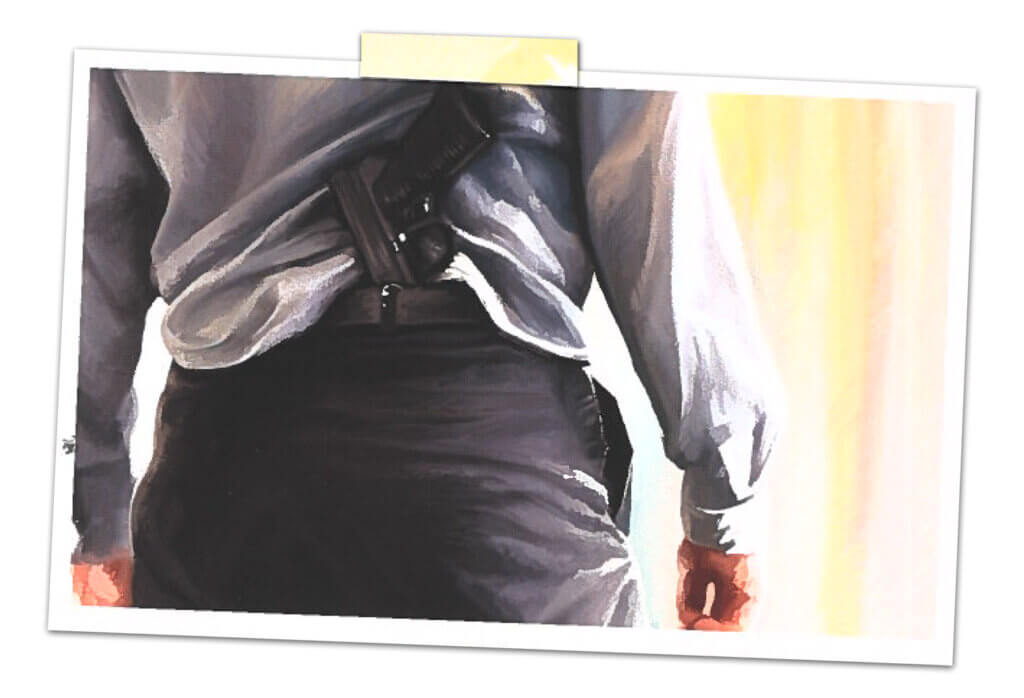 The supplements published by Pagan Publishing centered around action in the 1990s into the early 2000s along with details on the Cthulhu Mythos. For example, Eyes Only #1: Machinations of the Mi-Go focuses on the alien Mi-Go including technology, surgical procedures, life on other planets, spells, and more.

Eyes Only #2: The Fate is an in-depth look at the Fate including extensive secret histories, NPC descriptions, spells, Mythos tomes, and a guide for playing a Fate PC campaign. A collection of adventures included a mission just after Hurricane Katrina in 2003 in Targets of Opportunity (Limited Edition). In addition to the version using Call of Cthulhu, Pagan Publishing also created a d20 System version: Delta Green (d20).

Arc Dream Publishing advances Delta Green’s plot from 2011 onward. After 9/11, the government wrestled Delta Green back under their control, but some of the old guard oppose the change. The War on Terror becomes Delta Green’s new cover. Arc Dream Publishing continues to support the game with supplements and adventures. These books are full color with art and layout that make pages look like actual documents. The coffee rings, scribbles, and stains on the documents are a nice touch, too!

An experience in the Delta Green universe

I started my Handler duties running the Kali Ghati scenario during the US war in Afghanistan. The Mythos exists all over the globe and this ancient land is no exception. The mission is unforgiving, the loss of mind and life high, and getting back home is not easy. The ending was truly cosmic in nature. The survivors who made it home then faced Lover in the Ice, a body horror while being stalked in a blizzard adventure set in the frozen heartland of Missouri. The ancient heat and hostility of Afghanistan juxtaposed nicely against the familiar frozen setting of being home in the US. The Mythos was terrifying and deadly either way.

For a longer campaign, try Impossible Landscapes and its companion STATIC Protocol. This adventure spans worlds as well as time and is truly mind bending. The Agents, even if they survive, may find out that they did not truly defeat their enemy in the end.

Supplements include Archint which describes Archeological Intelligence—a fancy phrase for the study of older secrets—and appalling dangers like The Kurville Executable and the Sweet Lady Blood Pruner.

The Labyrinth and its Evidence Kit cover brand new organizations each with its own story arc, progressing through three stages as each one encounters the Agents and the evils they fight. The organizations have connections to each other, and each group will change. Some will face horror and death while others will grow hideously strong while uncovering terrifying secrets. As the groups mutate, grow, and die they mirror the journey each individual Agent is taking at the same time.

Adventure options include Black Sites which gathers seven PDF adventures into print, another collection in Control Group, Ex Oblivione which takes place in the haunted desert, fungus in Montana in Extremophilia, a cursed lab in Observer Effect, and Hourglass about a viral video in Oregon. There is also The Last Equation all about math hell, a haunted house in Music From a Darkened Room, mysterious Air Force airmen in PX Poker Night, flashback horror in The Star Chamber, and tracking down something worse than a serial killer in A Victim of the Art.

Novels include short story and vignette collections in Extraordinary Renditions, Strange Authorities, and The Way it Went Down. Through a Glass Darkly is a novel about a boy killed by disease who returns to life apparently free of the sickness that killed him. Delta Green knows something dark is behind the boy’s return. 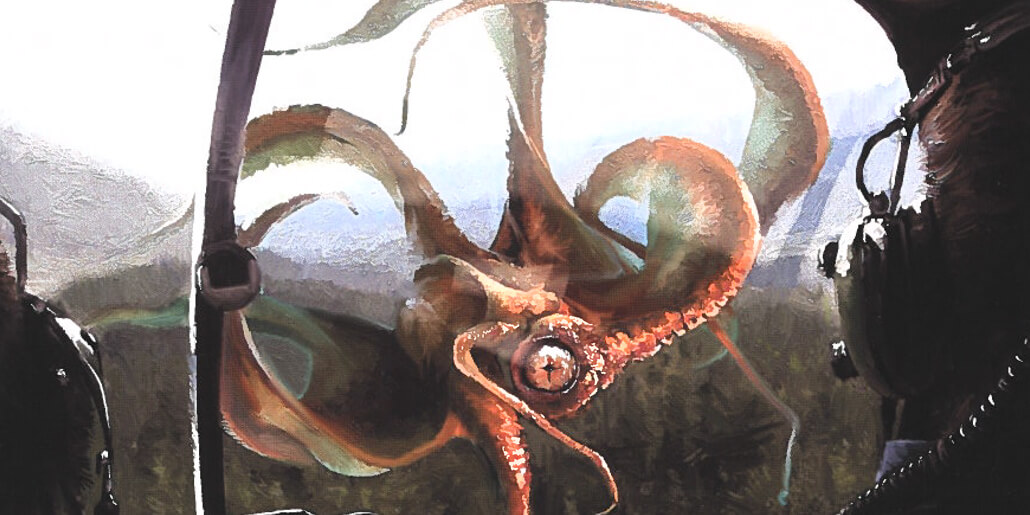 A Challenge you Should Accept

The Delta Green RPG is in my top tier of RPGs. It supports long-term campaign play with well-balanced rules. The RPG combines modern war fighting with the Cthulhu Mythos and does not shy away from either the blood and guts or the toll violence and encountering mind bending monsters doles out not just to soldiers and law enforcement personal but also to those closest to them.

It combines the war against the Mythos with a battle to keep home life from falling apart. Combat is brutal and visceral, facing the Mythos can easily lead to death and insanity, and bonds at home fray and break as the game rolls on. It is a challenging and exciting RPG whether you are the Handler or an Agent. If you like modern combat RPGs and horror, then Delta Green is a must have!

Play as the Irish and fight to gain your freedom from the British Crown. Then, join the Free State forces to fight against the anti-treaty Irish Republican Army in the Irish Civil War.

Tolling of the Bell - The Last German Offensive

Game #5 in the WWII Battle Series, Tolling of the Bell covers the final German offensive: Operation Spring Awakening, and the start of the Soviet Vienna offensive.

Escape Room Games You'll Want to Get Into

Escape rooms are a lot of fun and a great bonding experience. But if you would prefer to stay in this Friday night, you and your friends can still have the escape room with one of dozens of escape room board games available today.