Our latest Spotlight features BelloLudi Strategy Games—good friends with our previous spotlighted company—Hazard Game Design. Both companies are located in Utrecht—in the Netherlands. The Dutch are really producing some quality gaming products and services these days!

BelloLudi aim to improve teamwork skills for companies through the medium of wargaming.

The pair behind this innovative team-building strategy.

Peter is a historian and financial advisor who obtained his Master’s degree in military history at the University of Amsterdam in 2018.

He has extensive experience in finance, sales, and management.

Jurgen is a transpersonal counsellor with extensive experience in guiding teams.

What does it mean?

We were also curious how BelloLudi strategy games got their name, so Peter and Jurgen gave us the backstory:

BelloLudi is a combination of the Latin bellum and ludere. Bellum means “war”—de bello means “of war,” as in Julius Caesar’s De Bello Gallico.

Ludi is a conjugation of ludere which means “to play” or “to practice.” The word ludi was used to indicate the games held in honor of the gods. Ludi also referred to a place of practice, or a school. 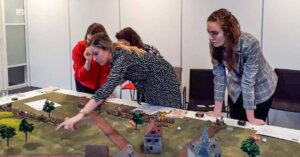 BelloLudi offers teams—from 4 up to around 30 people—the possibility to work on the common goals and connect with each other in a meaningful way. The game encourages people to interact. Teams work together, benefitting from each others’ strengths and overcoming weaknesses by communicating and showing leadership. Players will gain a lasting experience and confidence when they have completed a complex game and learned of, and about each others strong points.

BelloLudi’s rules and gameplay are fast and easy to pick up—making it great companies and gamers new to wargaming! 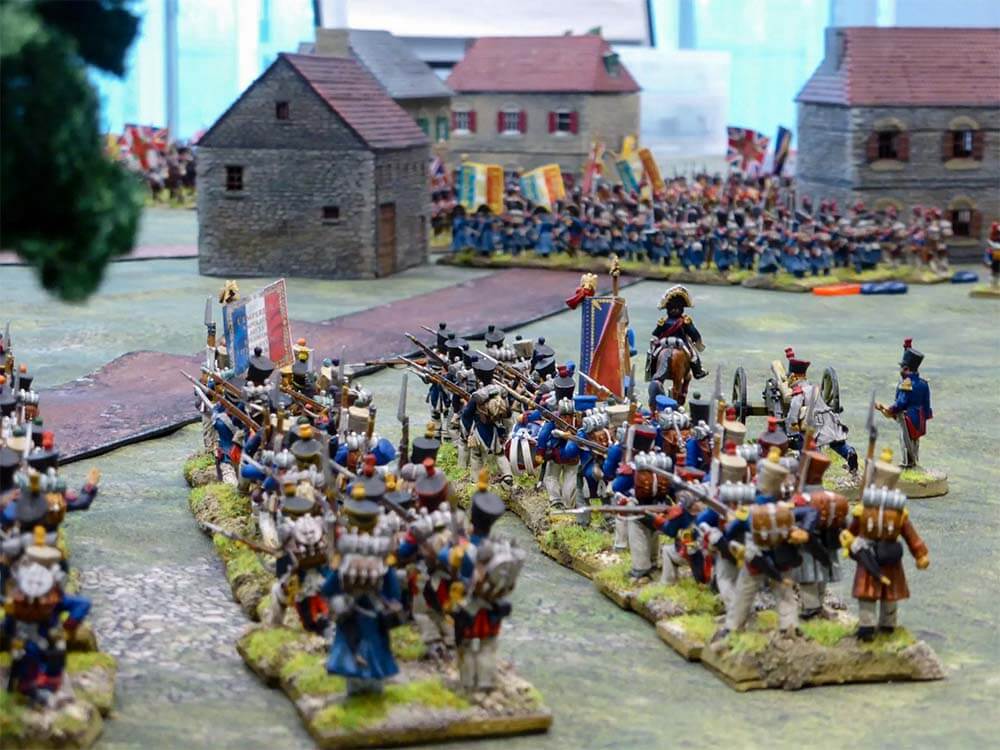 BelloLudi Strategy Games already has a number of eras available and is hard at work on more conflicts!

There are two categories of game. One is a larger format for big battles—the other for smaller, skirmish-level play. Check out a selection of their offerings below! 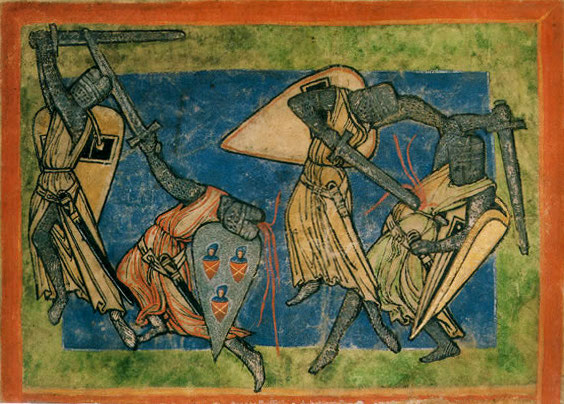 This ruleset simulates battles in the period of 2000 BCE to roughly 1500 CE. This is the age which includes Alexander the Great’s empire, Macedonians, Rome, Carthage, Genghis Khan and Charlemagne.

The game is designed as a multiplayer game, but will work just fine with one or two players. It is written for people with no prior wargame experience, but has enough depth to entertain the experienced wargamers as well! Additionally, the army structure that is presented can be easily adapted to the number of miniatures that you have available!

This ruleset simulates battles in the period of 1861 to 1865, the American Civil War.

Units were drawn up in line in order to maximize the effect of their weaponry. The musket—the type of gun that the troops were supplied with—was only accurate on short distances. During a volley, all muskets were fired simultaneously at the same target. Of course, this required iron discipline of the men. Soldiers of that age were drilled to fight in line formation and to march in columns. During the game, your troops will do likewise.

This ruleset simulates battles in the period of 1860 to roughly 1914. In this age, European countries forged empires all over the world and fought each other and the various indigenous peoples. The rules will work for skirmishes in colonial settings, the Franco-Prussian War and other Wars of German Unification. Other viable conflicts include the Balkan Wars, the Spanish-American War, the Boer Wars, the Boxer Rebellion and more! It will even work for the early engagements of World War I.

This ruleset simulates battles in the period of 1914 to 1918. In this era, the worlds’ nations fought one of the most devastating conflicts in human history, the Great War, or First World War. The rules will work for skirmishes in this era, but also in conflicts shortly before and after (Balkan Wars and the various conflicts of the Interbellum).

The First World War was a period of tremendous changes in equipment and tactics. The rules give you the option of playing the first skirmishes of 1914, the trench warfare that dominated the middle of the war, and the combined arms tactics that were developed at the end of the war.

This ruleset simulates battles in the period of 1939 to roughly 1945.  the age in which the worlds’ nation fought the greatest conflict in human history, the Second World War.

The rules will work for skirmishes in this era, but also in conflicts shortly before and after—such as the Spanish Civil War and the Korean War. These conflicts were largely fought with the same material and tactics.

[ Check out all of the BelloLudi products we offer here! ]

A name synonymous with the tabletop gaming industry for longer than you might expect, AMIGO Games has been delivering a diverse range of board and card games since the 1980s. From old classics and kids' games to modern strategy and deck-building mechanics, AMIGO has a versatile catalog!

Reliving the wars of religion, reason, and revolution! Red Sash Games has been publishing wargames since 2004 and their specialty is spotlighting the lesser known, but potently pivotal conflicts neglected by most wargame publishers!