“The year is 1913. The steamship SS Atlantica is two days out from port on its voyage across the Atlantic Ocean. Its unsuspecting passengers fully anticipated a calm journey to Boston, Massachusetts, with nothing out of the ordinary to look forward to.”

“However, strange nightmares plague the minds of the people aboard the ship every night; rumors circulate of dark shapes following closely behind the ship just beneath the waves; and tensions rise when a body is discovered in the ship’s chapel, signs of a strange ritual littered around the corpse. This voyage began like any other, but now it seems that the Atlantica may never reach its destination.”

Unfathomable is coming equipped with all new playable characters. If you’re familiar with the Arkham Horror universe, you’ll recognize some of them as relatives or acquaintances of other universe regulars. After all, Unfathomable takes place prior to the events of Arkham Horror!

These cards dictate whether you will be human, or a human/Dark One hybrid saboteur! 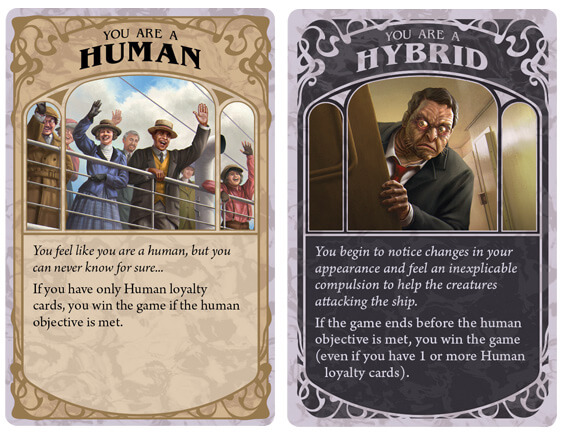 Spend skill cards to manipulate the skill checks you must make to overcome crises. 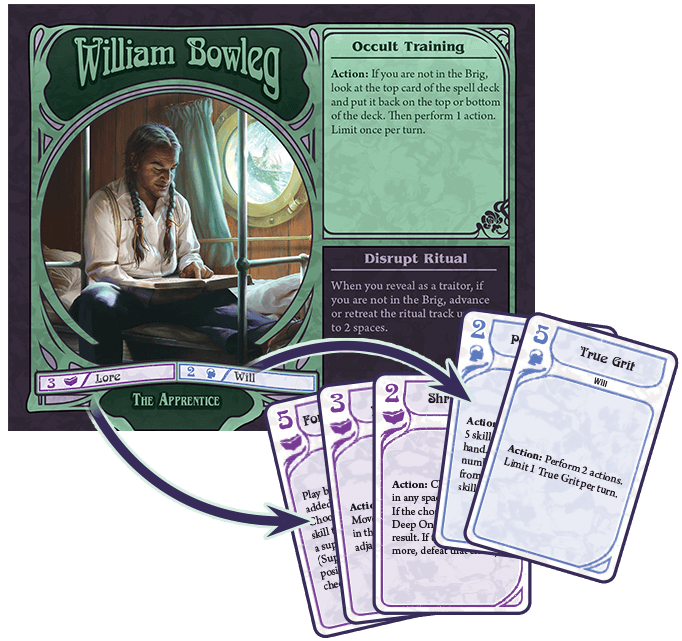 A traitor can reveal themselves at any time. This will mean the loss of their character ability cards, but gaining treachery cards to aid them in sabotaging the voyage! 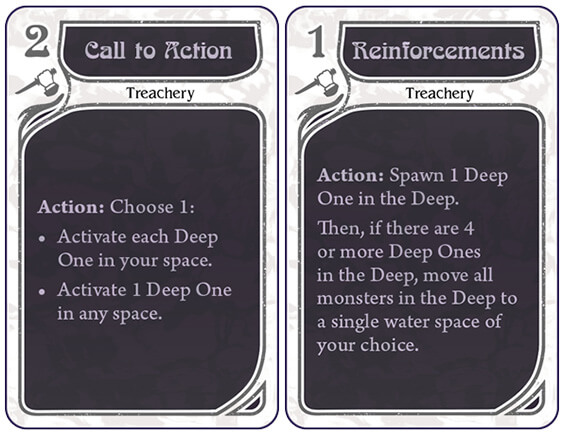 Pick up your copy of Unfathomable by Fantasy Flight Games!

Check out other Game Spotlights!

Secrets of the Order

King in Yellow Expansion, The