Founded in 2011, Greater than Games took the gaming world by storm with their initial launch and flagship game, Sentinels of the Multiverse. A comic book styled deck-battling game that’s still going strong today, Sentinels formed a foundation on which GtG continues to build.

The original founding team of Christopher Badell, Adam Rebottaro, and Paul Bender were also the minds behind that first release. With Chris and Adam doing the art and writing, it was Paul who made the push to become ‘a real company’ and thus the dream became a reality. Now, 10 years later, their team has grown substantially, and brought in even more talent and scope by encompassing other game creators. In 2015, GtG merged with Dice Hate Me Games, and later purchased Cheapass Games.

Since then, “We have prided ourselves on publishing engaging, richly-themed and highly replayable tabletop games” and as several of our staff will confirm, they’ve truly achieved that goal. With other hit releases including Spirit Island, Medium, Home Brewers, Trogdor, New Bedford, Kill Dr. Lucky, Bottom of the 9th and more, GtG continues gain momentum and knock it out of the park.

Greater Than Games has not only a great set of games on deck, but also admirable business practices. With a strong history of supporting diversity and amplifying minority voices, they’ve been doing wonderful things to help grow the community. Not to mention they have established excellent rapport with both distributors and Friendly Local Game Stores like us. It is a pleasure to not only stock (and play!) their games, but to work with this incredible, friendly, responsive team. 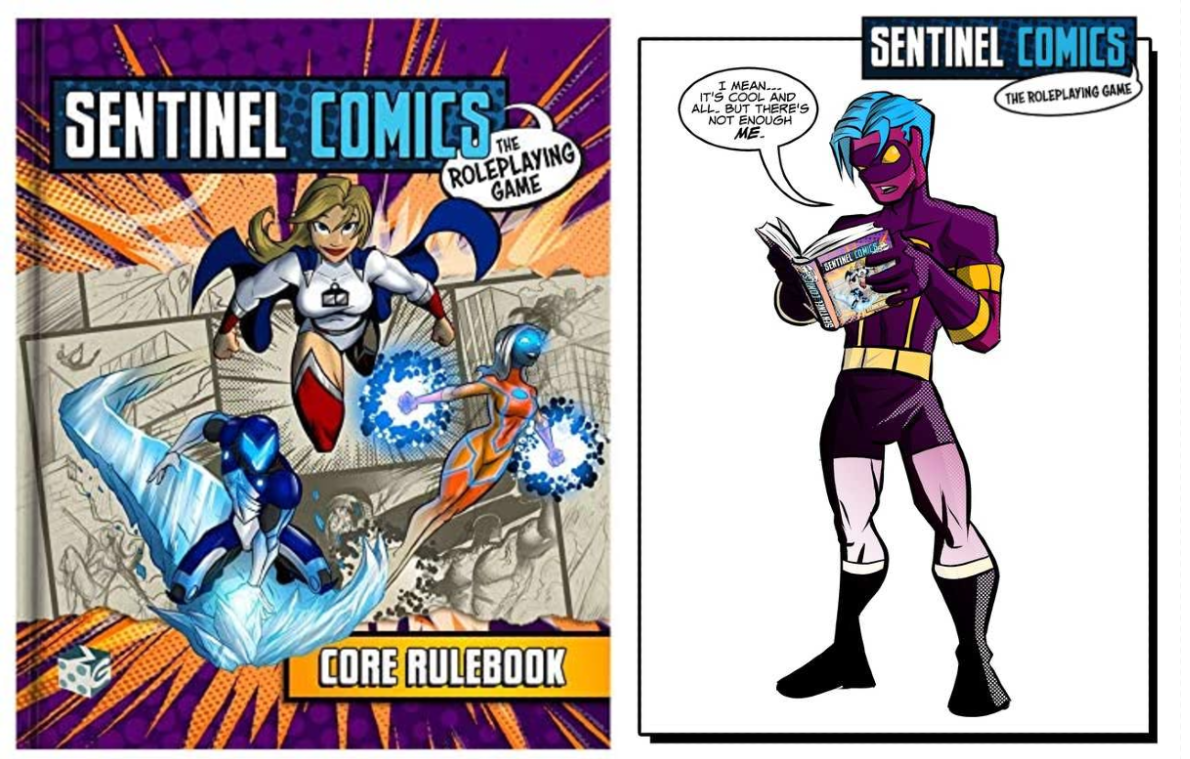 So beloved is the world of Sentinel Comics created by Greater Than Games, that it has now spawned its own RPG!

It’s an exciting place of super-powered heroes, dastardly villains, and the ever-changing environments where they clash. The core rulebook teaches players everything they need to play Sentinel Comics: the Roleplaying Game, whether they’re a hero, or running the game as a GM! This is a game of powerful heroes, terrifying villains, and the conflicts between them, all in a world of comic book storytelling.

Over the past year, one of our staff has been working directly with Greater Than Games to offer our social media followers sneak peeks and looks at this system before release. (To take a look at this in-depth coverage, see our series of Facebook posts: One, two, three, unboxing!)

Due to the number of pre-orders we received combined with the high demand at release, our initial stock of the core rulebook sold out almost instantly. But, never fear, GtG came to the rescue and we are now re-stocked!

Also available in a beautiful Special Edition, this core rulebook is joined by GM kit, starter kits, dice, and even a coloring book for you artistic types. Plus, pre-orders are now available for even more materials coming soon, and we can’t wait to see what the future of Sentinel Comics will bring.

Bottom of the 9th

Bottom of the 9th - Sentinels of the Ninth