Our Classic RPG Adventures series covers essential adventures from the past and present. They all have plenty to offer modern gaming groups regardless of their age. Some have been updated and revised for modern systems; others have not. Updating scenarios from older editions may be as simple as looking up a conversion guide online. In other cases, you may have to do some of the work yourself. However, in every case it’s worth the effort. Playing these classic adventures is like reading the ‘great books’ or watching classic cinema. It will expand your mind and broaden your appreciation of the art form. 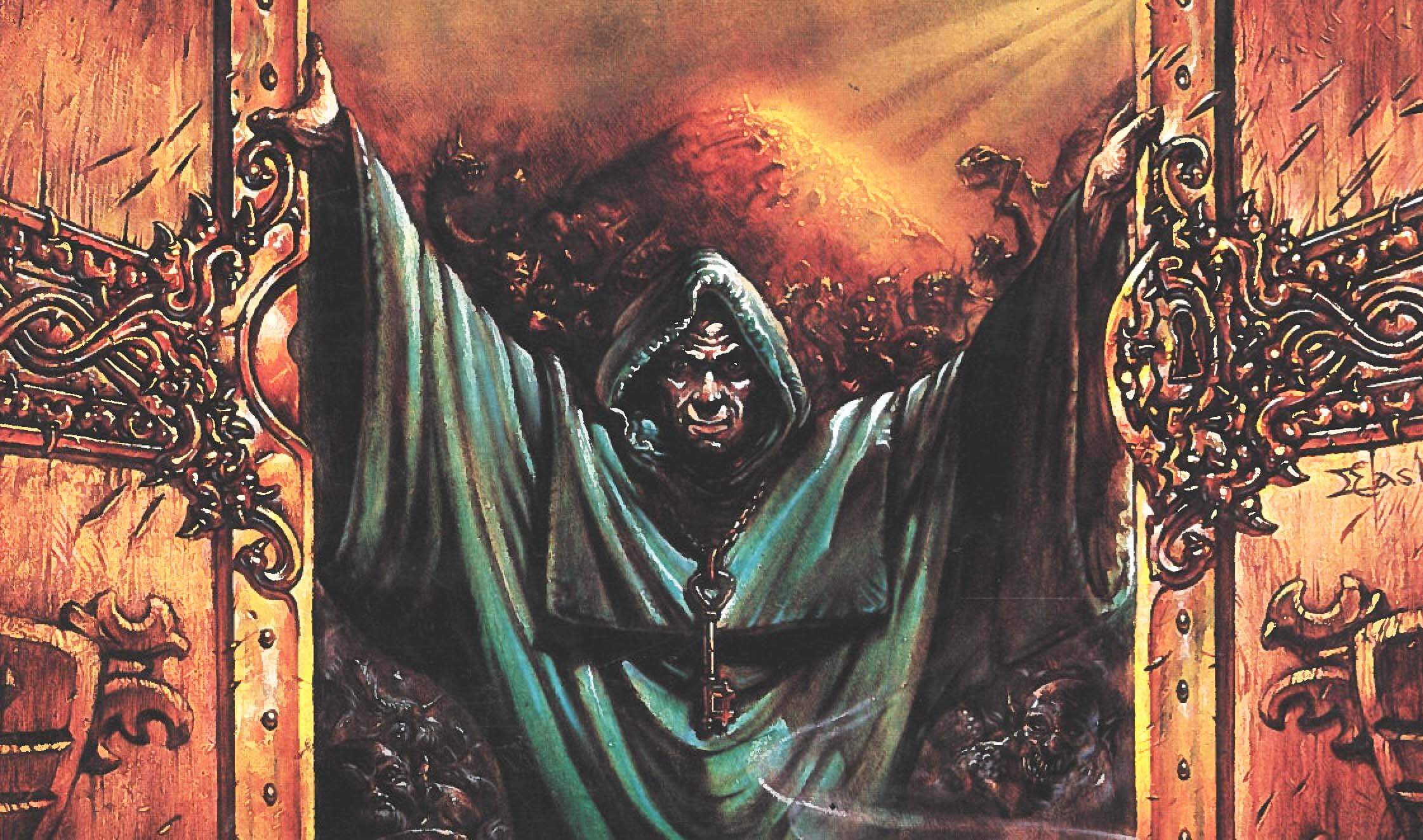 Below, we look at some of the genre’s greatest hits for its biggest games. From D&D/AD&D to RuneQuest and Warhammer Fantasy Roleplay, these are some of the most incredible adventures we’ve seen!

Produced in partnership with Wizards of the Coast, the Original Adventures Reincarnated books are hardback volumes not available as PDFs. Each brings a classic D&D module—or modules—to a modern audience. They include scans of the original material, commentary by original authors and contemporary designers, rules conversions and extra encounter materials.

The line of adapted adventures includes:

This is already a great selection, and potentially more adaptations in this series are yet to come. We especially love the included commentary by folks like Luke Gygax and Mike Mearls, and all the new extra materials that turn these 30-page originals into full tomes of 300+ pages. They might be ‘original adventures’, but they’re also as modern as can be!

Griffin Mountain is ‘A Complete Wilderness Campaign for RuneQuest’. It’s one of the game’s essential adventure sourcebooks. Along with Borderlands (1982), it cemented the game’s setting, Glorantha, as one of the industry’s greatest creations.

The book includes more detailed information about the Balazar region, two minor gods, citadels, local leaders, caravans, information that PCs might come across, potential encounters, points of interest and more. Balazar is different enough to the game’s more familiar regions, such as Prax and Dragon Pass, to feel somewhat exotic, but still familiar enough to be accessible to visitors.

Republished several times, it brings its setting to life in a way few other RPG sourcebooks have. Glorantha’s—and RuneQuest’s—strength is that it’s a living setting: the world’s powers are in motion, and the player characters can play their part.

To take full advantage of the riches on offer, you’ll need to familiarize yourself with the material and decide how best to use it in your game. The book doesn’t include an overall plot or storyline. But its detailed characters and encounters combine to create endless story and adventure opportunities.

If you’ve ever wondered how to create an open-world setting – an idea that many games have since attempted – and if you want to see how the grown-ups do it, Griffin Mountain is the blueprint.

Hogshead Games began republishing the series in the early nineties. It included revisions and improvements, but sadly the final volume was never published. Cubicle 7 has republished the entire series with further edits – including the all-new Horned Rat to replace Something Rotten in Kislev – and commentary from the original writers.

The classic RPG adventures of The Enemy Within are collectively considered one of the great roleplaying campaigns. We’d love to see every gamer play or run it. It’s an epic story that starts small; a case of mistaken identity quickly pulls the players into a web of conspiracies that quickly escalate into a potentially Empire-shattering conclusion.

This run of seven modules was initially released as three different series: Against the Giants (G1–G3), Descent into the Depths (D1–D3) and Queen of the Demonweb Pits (Q1):

The action—and the stakes—escalate as each module leads into the next. You begin with a seemingly innocuous raid on a giant’s lair and end with a confrontation against a demigod in her realm. The series is notable for many reasons. G1 was the first module published by TSR, the ‘D’ series introduced the Drow and the Underdark, while Q1 gave players a detailed look at an Abyssal realm.

These classic RPG adventures are frequently rated by D&D players as the greatest series of adventures written. It has been revised and repackaged several times, but any edition will reward you richly!

Written by Michael B.

Michael’s from Sydney, Australia. Over the years he’s organized game conventions, contributed to magazines, and written supplements for White Wolf and Dream Pod 9. He sometimes wonders if he should just quit his job and just run all these campaigns.

Into The Borderlands (5e)

Enemy Within Vol. 1 - Enemy in Shadows

Descent into the Depths of the Earth (3rd Printing)

Temple of Elemental Evil, The (5e)

Enemy Within Vol. 2 - Death on The Reik

Enemy Within Campaign, The #1 - Shadows Over Bogenhafen

Board Game App: Friend or Foe?

Whether board game apps are optional or required for gameplay, they continue to show up in more and more games each year. We examine the pros and cons, and ask gamers to weigh in!

Play as the Irish and fight to gain your freedom from the British Crown. Then, join the Free State forces to fight against the anti-treaty Irish Republican Army in the Irish Civil War.

Tolling of the Bell - The Last German Offensive

Game #5 in the WWII Battle Series, Tolling of the Bell covers the final German offensive: Operation Spring Awakening, and the start of the Soviet Vienna offensive.