Leave the Dungeon to Heed the Call of Cthulhu

Last month, we took an in depth look at Delta Green. This time around, we’re examining the most famous of the roleplaying games inspired by the works of H.P. Lovecraft: Call of Cthulhu (CoC) by Chaosium. Specifically, we’re going to examine CoC from the point-of-view of a player more familiar with Dungeons & Dragons 5th Edition (D&D). 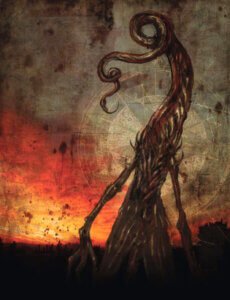 At first glance, D&D and Call of Cthulhu share a few similarities. Both games use attributes like Strength and Dexterity, for example, and both use skills to help define what characters can and can’t do. The main mechanical difference, then, is how the game uses those skills in play. In D&D, a player usually rolls a d20 and adds a bonus. High rolls are good, and a player generally wants to roll above a target number.

In CoC, players usually roll percentile dice (d100) and want to roll under a set number. For example, if your CoC character’s First Aid skill is 47%, that means you need to roll a 47 or less to succeed when using that skill. That means that, unlike D&D, rolling low is good in CoC. It also means that a player has a pretty good idea how likely they are to succeed at a task. If your First Aid is 47%, unless things are going against you, that skill will work 47% of the time.

Skills Instead of Classes

Call of Cthulhu doesn’t use character classes, at least not the same way that D&D does. In D&D, every player character has a class that determines their role in the game. Wizards cast spells, rogues sneak around, and fighters excel at combat. The Call of Cthulhu RPG dispenses with classes and instead relies on a character’s skills to define them. 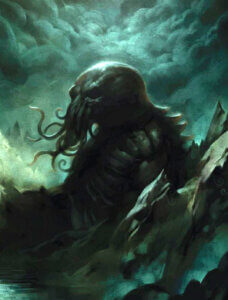 But how do you know how you rank in each skill? Well, to a large extent, that’s up to you. During character creation, you receive a number of points to assign to different skills as you see fit. It’s not entirely freeform, however, as you’ll also be guided by your character’s Occupation.

Occupations are kind of like classes, in that they help define who your character is. They include things like pilot or librarian. Pilots are better at skills like Repair, Navigation, and Pilot (aircraft). For the most part, however, Occupation just affects what skills your character has access to and how good they are at using those skills. Unlike D&D, there aren’t any class abilities or special powers tied to your background.

If you want to get better at those skills, use them in the adventure! In Call of Cthulhu, each time you successfully make use of a skill during a game, you place a checkmark next to it. As the characters progress, there’s a chance the skills they’ve been using will improve. It’s a clever system that ties character advancement to the actual events of the game.

A big theme of Lovecraft’s writings is ordinary people facing off against ancient cosmic horrors that are beyond their ability to comprehend, let alone defeat. Unlike D&D, where tackling a world-threatening monstrosity is just a matter of hit points and magic items, Call of Cthulhu expects you to fail. What can a librarian from Dunwich do against Nyarlathotep, the Crawling Chaos? Very little, it turns out.

The Call of Cthulhu RPG, by default, expects your characters to die. Or to go insane. This isn’t a game of epic heroes defeating equally epic monsters via combat. There’s magic, but using it is risky. And sure, you can fight the monsters, but your bullets likely won’t do much more than slow them down (or make them angry). Call of Cthulhu characters aren’t adventurers, they’re investigators. And the things they’re investigating are often threats to the very existence of the universe as we know it. 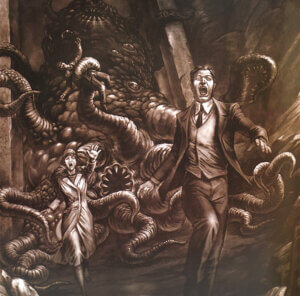 Another key mechanic of the CoC game is the way it tracks a character’s sanity. The characters in Lovecraft’s stories, faced with existential truths about tentacled sleeping gods in space, often struggled to maintain their own sanity. The game reflects this with the sanity score. Essentially, the more cosmic horrors your character faces, the more toll it can take on their mental state.

Even worse, the more a character learns about the true nature of the universe and the creatures they’re up against, the worse it is for their sanity. Knowing the difference between a Mi-Go and a Shoggoth is necessary if you’re going to stop those creatures from destroying Arkham, but that knowledge will eventually drive your character mad.

Mystery Instead of the Dungeon

So, if your character is bound to die (or go insane), what’s the point of the game? The mystery, for one. Instead of delving into dungeons and fighting dragons to take treasure, CoC characters follow clues to solve mysteries and confront the evils they uncover. While the elder gods are well beyond the capability of humans, many of their servants are not. Through magic, clever plans, or the occasional combat, it’s possible to stop the schemes of these dark gods and their servitors…at least for a while. 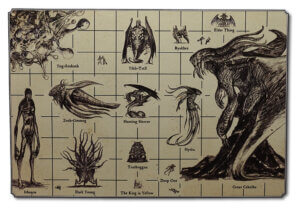 The big thrill in the Call of Cthulhu RPG is the challenge. The foes investigators face range from cultists up to godlike beings of darkness and horror whose very appearance can shatter the human mind. In a world like this, every victory, no matter how small, can feel very rewarding.

The investigators also know things very few people know. They uncover secrets through their own blood, sweat, and lost sanity. This unraveling of mysteries is what drives investigators to chase mysteries and keeps the players coming back. The world is not how people think it is, and only the investigators can learn the truth.

How to Start: Becoming a Keeper

If you’re interested in running a game of Call of Cthulhu, a good option is to start with the Call of Cthulhu Starter Set and play through the included adventures. The Starter Set is a good value, and contains enough gameplay to help a new GM (called Keeper in CoC) learn the rules of play.

Next, you’ll want to purchase the Call of Cthulhu – Keeper Rulebook (7th Edition). Note, unlike D&D, there’s no separate Player’s Handbook and Dungeon Master’s Guide. All of the game’s core rules can be found in the Keeper Rulebook.

Other books, like the Investigator Handbook, are useful to have, but not essential for starting out. As an alternative option, you can start by playing one of the excellent solo adventures available for Call of Cthulhu. Alone Against the Dark, Alone Against the Frost, and Alone Against the Tide are all good choices.

A Great Tradition of Modules and Supplements

One final note: one of the greatest attributes of the Call of Cthulhu RPG is its history of high-quality published modules. CoC has been around for decades and, for the most part, each edition is cross compatible. That means you can easily grab one of the many acclaimed published adventures, going back to 1981.

Famous adventures include Masks of Nyarlathotep and Horror on the Orient Express. There are settings, like Berlin – The Wicked City. There are also many options to explore beyond investigations in the 1920s: Pulp Cthulhu, Cthulhu Dark Ages, modern age, and more!

Written with contributions from Charles Dunwoody

Alone Against the Dark (2nd Printing)

Alone Against the Frost

Alone Against the Tide

Call of Cthulhu - A Time for Sacrifice