War of the Ring Collector’s Edition

The War of the Ring Collector’s Edition was launched in 2009/10 on the heels of its original game. There were only 2,000 of these huge, 40lb+ tomes made and they have said they will not do reprints. That makes this a true collector’s piece!

Thanks To Our Buy/Sell/Trade Program

Like many of our special editions, rare items, and vintage collectibles, this piece came to us through our Buy/Sell/Trade program here at Noble Knight Games. We buy hundreds, sometimes thousands, of gaming products each week including Magic cards, RPGs, board games, wargames, miniatures, even dice, novels, comics, and more! You can receive payment in cash, or store credit for your preowned items.

The Gist of War of the Ring Gameplay 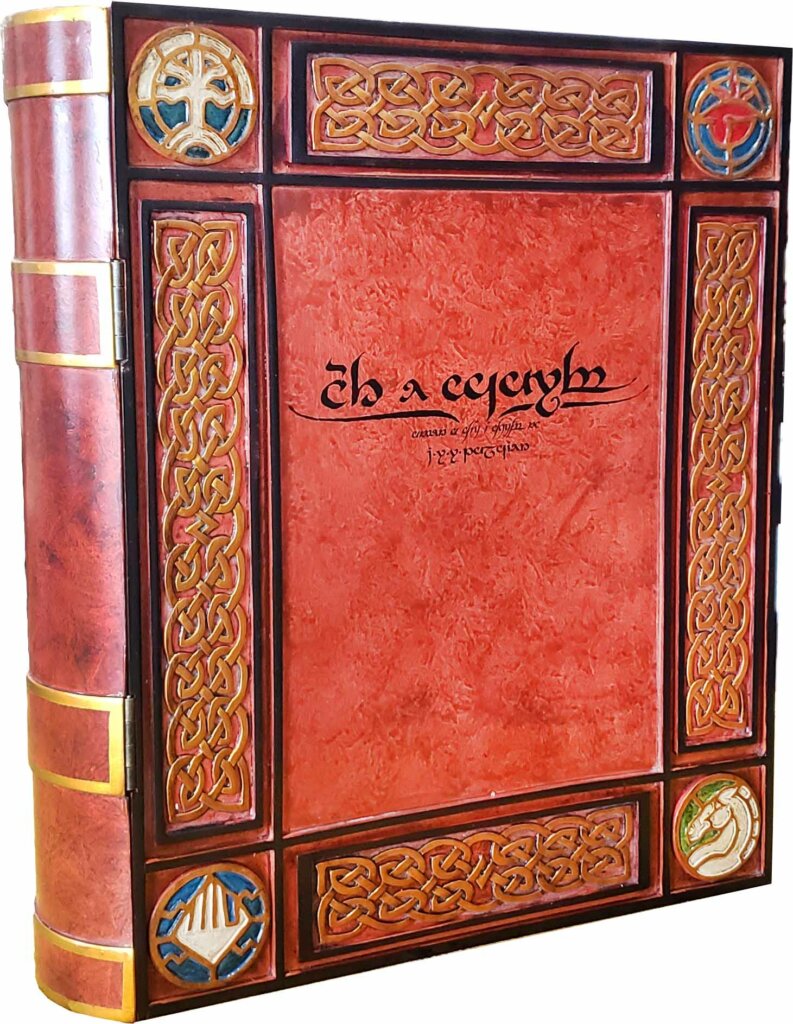 In War of the Ring, one player takes control of the Free Peoples, the other player controls Shadow Armies. Initially, the Free People Nations are reluctant to take arms against Sauron, so they must be attacked by Sauron or persuaded by Gandalf or other Companions, before they start to fight properly: this is represented by the Political Track, which shows if a Nation is ready to fight in the War of the Ring or not.

The game can be won by a military victory, if Sauron conquers a certain number of Free People cities and strongholds or vice versa. But the true hope of the Free Peoples lies with the quest of the Ringbearer: while the armies clash across Middle Earth, the Fellowship of the Ring is trying to get secretly to Mount Doom to destroy the One Ring.

Sauron is not aware of the real intention of his enemies but is looking across Middle Earth for the precious Ring. The Fellowship is going to face numerous dangers, represented by the rules of The Hunt for the Ring. But the Companions can spur the Free Peoples to the fight against Sauron.

The War of the Ring Collector’s Edition contains everything that is in the base game as well as some added goodies! Inside the giant tome, the maps, cards, dice, and miniatures are securely contained in felt-lined trays. 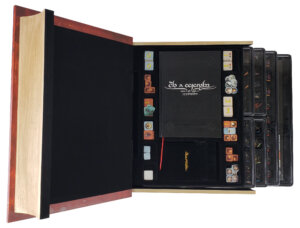 Contents Of The Base Game & Collector’s Edition

Additions Exclusive To The Collector’s Edition

A Peek At Some Of The Minis

One of the big selling points for the Collector’s Edition was the miniatures. If you’re anything like us, you love painting minis. AND — if you’re anything like us, you don’t always have time to paint nearly 250 individual miniatures. These minis came pre-painted and ready to go out of the box! Here is a sample of each of the different models included in the Collector’s Edition!

The Markers And Tokens

Markers and tokens are used to keep track of settlement control, fellowship progress, companions, victory points, and more! The cardboard is thick and dense and the print quality is very high!

Check out more Game Spotlights, including our recent feature on the rare, original 1989 HeroQuest board game!

See the War of the Ring Collector’s Edition and the more affordable regular edition on our store!

You can also see our feature on Lord of the Rings’ Battle of Five Armies full terrain/army set that was built for, and displayed at the 1994 GenCon!

War of the Ring (Collector's Edition)

War of the Ring (1st Edition)

Lord of the Rings, The - The Card Game (1st Edition)

Lord of the Rings, The (2nd Edition)