Anticipated to release in August 2021, War for America: The American Revolution 1775-1782 allows up to two players to control the British Empire and the American Colonies respectively. In this upcoming release by Compass Games, the Colonial player must build a ‘Continental Army’ to battle with the British in order to prevent any sister colony from being overrun. This is going to take time and they must ‘hold on’ and try to defeat a major British force, to impress the old enemies of Great Britain. 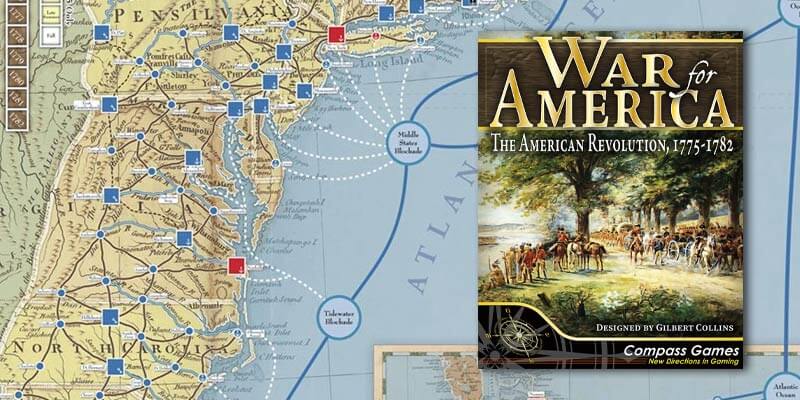 The time is April 1775. The colony of Massachusetts is in open rebellion to the parliament of Great Britain. As the British player, you must try and crush the rebellion before it expands to the other colonies. If it does, and the Colonists get recognition from a foreign power such as France or Spain, the war will expand and be much more difficult to win. 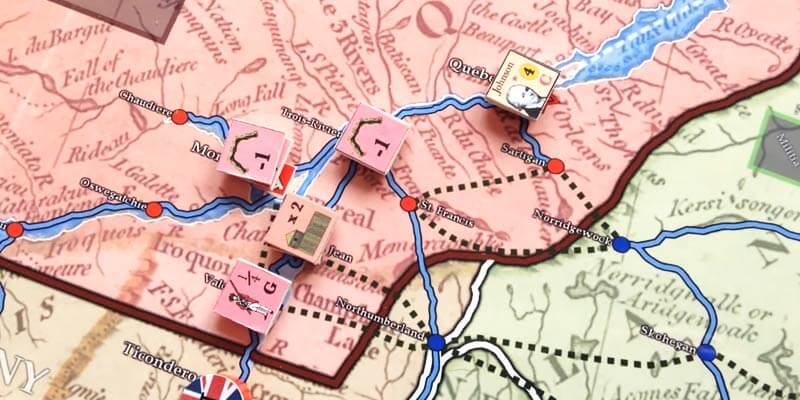 War for America will be the sophomore release from designer Gilbert Collins. Collins’ first game, Mr. Madison’s War: The Incredible War of 1812 was a well-researched and great war game for newcomers or beginners, but still enjoyable to more seasoned wargamers. War for America sees Collins’ research-focused design philosophy applied to the American Revolutionary War. The game is more complex than his initial release while remaining approachable. 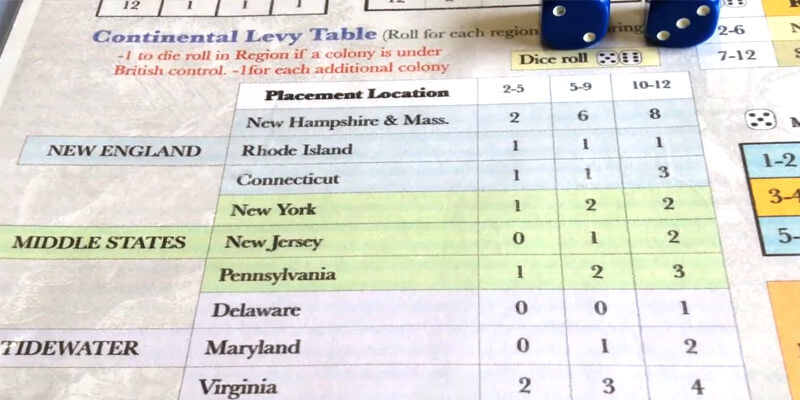 The game utilizes the popular ‘point to point’ movement system but more carefully modelling the geography of North America. This is done by enhancing the movement of armies along the important water shed basins. Armies are not destroyed in single combat as many past games have shown, but will demonstrate realistic casualty figures with prevalent retreat and disruption results.

War for America attempts to show the conflict from the British perspective and how a ‘rebellion’ turned into a World War. Great Britain is alone, without allies, but the Colonies don’t have it easy either. Despite their inexperience and individual identities, they must come together to create and maintain a Continental army. This is a ‘large game’ but also contains a shorter scenario starting in 1778, taking about half the time to play. 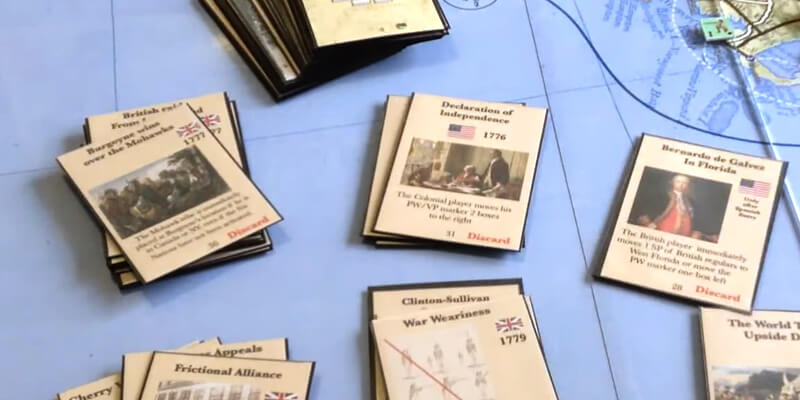 Collins is active on his YouTube channel and you can see our playlist of his videos on War for America below.

Preorder your copy of War for America: The American Revolution 1775-1782 today, and check out more New Releases!