It’s no secret that solo-play games have become more popular than ever in recent years, for a variety of reasons. (See our article about The Rise of Solo Games) But what does seem still somewhat secret is the vast array of new solitaire games available in all tabletop genres. Publishers are seeing the demand for these titles, and are now bringing better solo-play games to the table than ever before.

Case in point, this brand new war game release Stalingrad Solitaire by Canvas Temple Publishing. It’s a re-imagined re-do and upgrade of Der Kessel, a magazine wargame from Competetive Edge / Gamefix Magaxine back in the mid 90s. We were thrilled to Kickstart this modern project, and even more thrilled to finally have it on our shelves.

To help you decide if this is the perfect solo game for you, we’ve cracked it open in this video, to give you a look under the cover. 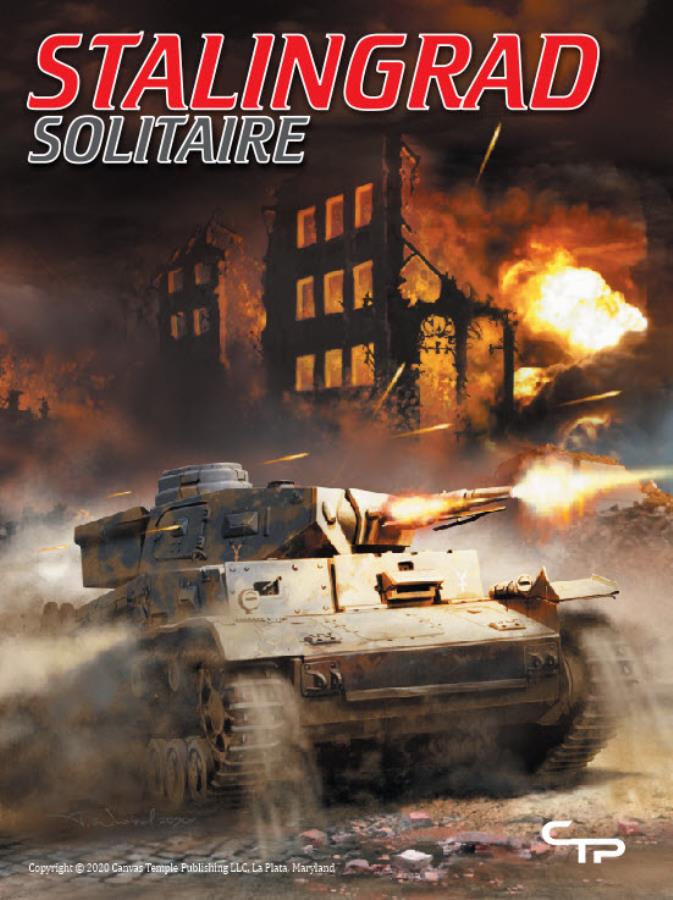 This game places you in the shoes of the German 6th Army’s infamous commander, General Paulus. The Soviet forces had finally broken through the Nazi siege of the city. And now, the 6th Army was trapped in a pocket on the Western edge of Stalingrad and surrounding area. This zone became known by the German soldiers as ‘The Cauldron” or “Der Kessel.”

Spoiler alert: the Nazi German forces did not succeed in breaking out of the cauldron.

A massive failure compounded by questionable orders from the increasingly unstable Führer resulted in General Paulus’ eventual defeat, and surrender. (Hitler expected him to commit suicide over this failure, which he did not.)

Your job in Stalingrad Solitaire is to not only survive the Cauldron, but to cooperate with the high command and preserve the integrity of the entire southern front in Russia.

Each turn, you’ll perform various actions within the pocket, while contending with the luck of the draw on Event Cards. Die rolls and rules determine the strategic situation and strategy employed by Army Group outside the pocket. Specifically, the commitment levels of the Luftwaffe and General Hoth’s relief force. 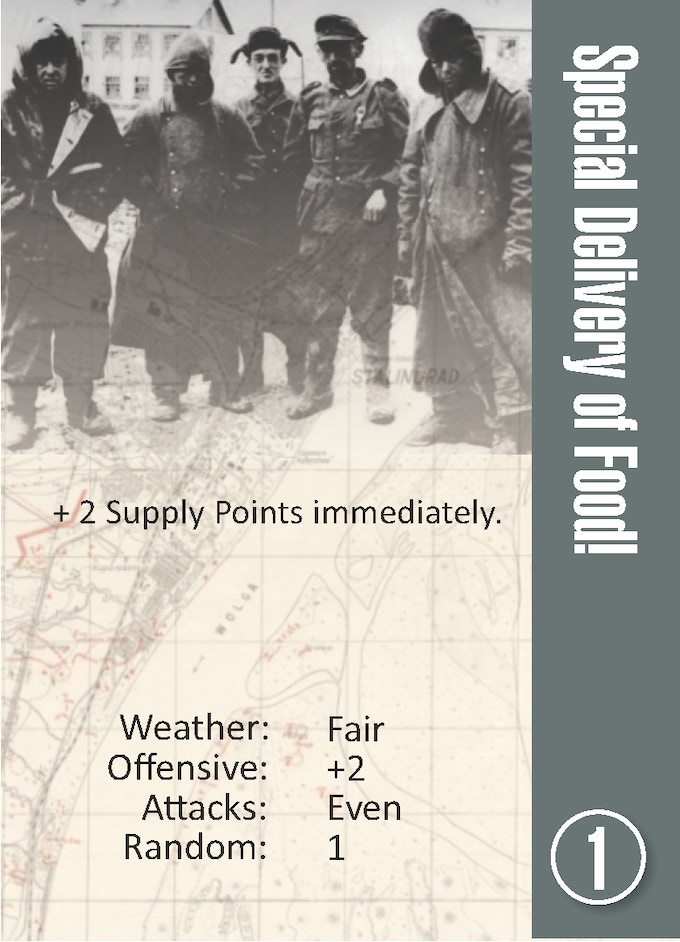 Though clearly designed as a solo-play game, we suspect that it could even be adapted to play with two. With a bit of homebrew tweaking, control of the Soviets could be passed to your opponent for a head-to-head strategic battle. We can now attest to this game being high quality and well made. By all appearances, there’s enough variety and luck mechanics to make each gameplay unique, which should keep this game fresh for years. While luck may determine many conditions, the ultimate test here is your ability to strategize and shift strategies. You’ll need to adapt quickly to these changing conditions and unexpected windfalls or catastrophes.

Will you survive and re-write history? Find it on our website, give it a try, and let us know what you think of the game!

Check out more solitaire-friendly games in our article on The Rise of Solo Play!