In 1872, one million trees were planted in Nebraska to celebrate the very first Arbor Day in the United States. April 29, 2022 will mark the 150th Arbor Day celebration. National Arbor Day is a civic holiday observed on the last Friday of April by planting trees and celebrating all that they do for us.

If you have a board game collection, then you know how valuable trees are. But trees do more than supply paper and cardboard for board games. They provide lumber for human homes and habitat for wildlife. They capture carbon from the air and produce oxygen. Trees clean water, prevent erosion, produce fruit, create shade, and more.

In honor of the noble trees who gave their lives to become playing cards, cardboard standees, and game boards, why not celebrate this 150th Arbor Day by planting some trees? Then continue your celebration of trees by playing some board games about trees.

There are many games that will have players growing trees, raking leaves, and photosynthesizing to their heart’s content. Continue reading for our list of the top five board games about trees—tree games!

Create colorful paths among the trees to score the most points in Arboretum, a card game from Renegade Game Studios for two to four players.

Arboretum combines a bit of set collection with some tile laying. The deck contains 80 cards picturing 10 species of trees numbered one to eight. On each turn, you will draw two cards, play one card into your arboretum, and discard one card. Cards may be drawn from the main draw pile or from the top of any player’s discard pile. Cards must be played adjacent to a card you have already played in front of you.

When the draw pile is empty, players score the paths in the arboretums they have created. A path is a sequence of adjacent cards of ascending value that begins and ends with cards of the same species. Longer paths score more points, and there are bonuses for starting paths with a 1 card or ending them with an 8.

Creating these paths requires careful tree placement, and you will constantly find yourself getting in your own way. Paths must ascend in value, so playing a Willow 5 next to a 4 may increase the value of your Willow path, but it may also break a high-scoring path between the Maples. Which species will give you the most points?

The answer to that question is not always obvious because there is a catch: only one player has the right to score each species. When the draw deck runs out, the player who has, for instance, the highest value of Oak cards in hand will be the only player to score an Oak path.

So players have to decide: Do I play the Oak 7 into my arboretum to create a longer, higher scoring path? Or do I keep it in my hand so that I have the chance to score it at all?

It’s these decisions that make Arboretum such an engaging puzzle; and why it has earned a spot on our list of tree games. Celebrate this Arbor Day with a stroll through Arboretum.

Next up on our tree games list is Photosynthesis, from Blue Orange Games. Players plant and grow trees to earn light points. They start as humble seeds, but these three-dimensional cardboard trees grow through three sizes: small, medium, and large.

Trees can’t grow without sunlight. In Photosynthesis, the sun is represented by a cardboard piece that rotates around the board at the end of each round. Trees soak up rays of sunshine and photosynthesize them into light points. But each tree also casts a shadow, and any tree in the shadow of another scores no points for that round.

Larger trees cast longer shadows, so players must carefully consider which of their trees to grow and when. Growing a tree may shade out an opponent’s tree now, which is good. But when the direction of the sun changes, you may discover that you are shading out your own small trees.

The board state changes every round, so Photosynthesis requires planning ahead to maximize the amount of sunlight your trees can access over their lifespans.

The forest comes alive at night in the expansion, Photosynthesis: Under the Moonlight. This expansion introduces moonlight and animals that give players asymmetric powers.

Show your love for trees this spring and get to work on Photosynthesis.

Floodgate Games‘ Bosk is an area control game for two to four players and is a no-brainer to add to the tree games list! Played out over four seasons, Arboretum features placement of 3D cardboard trees on a board.

In the spring, players take turns placing their eight trees, valued from one to four. As spring turns to summer, players will then score those trees. The player with the highest value of trees in a row or column will score two points, while the runner-up scores one.

In the fall, some trees shed their leaves in the direction the wind is blowing that round. Those trees are then removed. By the end of winter, there are no trees left on the board and the leaves are scored. The player with most leaves on each terrain type will score five points per territory and the runner-up scores three.

Bosk is a puzzle-ish game with two scoring rounds, which means players must consider not only how their tree placement will score in the summer but also what options they are leaving themselves for leaf placement in the fall.

If you enjoy area control games, spend this Arbor Day with Bosk.

Grow trees and care for your Kodama in Kodama: The Tree Spirits from Action Phase Games. Kodama are tree spirits and to flourish, they must live in trees with the right combination of features such as flowers, mushrooms, and caterpillars.

Over three seasons, you will grow your tree by attaching branch cards to your trunk card. Pay attention to the features on each card—flowers, stars, clouds—since they will score you points. You also need to make sure you don’t cover existing branches. Each season ends with a scoring phase.

Decree cards will alter the rules for all players for the current season. Your private Kodama cards earn you bonus points if you made them happy that season.

Kodama is a quick, light card game combining set collection with a spatial puzzle. It’s a challenge to attach your branches so that they do not break the placement rules but still score you the maximum points.

Plant a tree this Arbor Day, and if it does not come with its own tree spirits, find some to care for in Kodama: The Tree Spirits.

“In the Imperial Garden, during the last months of the year, the trees turn vivid hues of red, orange and yellow. The cold wind, the dancing of the leaves falling from the maple trees and the animals preparing for hibernation create this romantic painting that you never forget…”

Lastly, our tree games list ends with Momiji, from Japanime Games. There is beautiful artwork inside and outside the box, and an engaging gameplay experience for 1-4 players. In this charming set-collection game, players attempt to fulfill their objectives by collecting the most valuable autumn leaves of the Imperial Garden, making the most of their landscape abilities.

The game starts with each player being dealt six leaf cards and three landscape cards, and then four leaf cards placed in the “display”—face-up in the center of the table. Leaf cards of the same type will stack. Players have a few options on their turn:

Playing certain combinations of cards can reward you with acorn tokens which you can use to buy objective tokens that help you to complete the tasks on your landscape cards, or to add new leaves to the center display!

Momiji ends when the leaf cards deck is depleted or a certain number of leaf piles are closed with a Torii—the traditional Japanese gate—symbol. Players score from their leaf card piles, the objective tokens they’ve fulfilled, and any remaining acorn tokens. Whomever has the most victory points at the end is the winner! 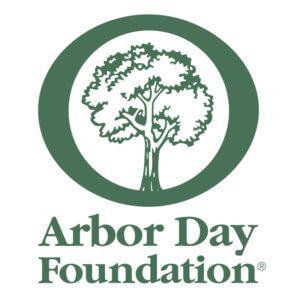 It may be ironic to celebrate Arbor Day by playing games with, well, dead trees. But whether you get your hands in the dirt or plant cardboard trees for imaginary forest spirits, let’s remember how much we need trees.

This year also marks the 50th anniversary of the Arbor Day Foundation. You can visit arborday.org to donate and find Arbor Day events near you!

[ Browse our most popular Board Games ]

Photosynthesis - Under the Moonlight