The “edition wars” are over. Wizards of the Coast (WotC) is hard at work on a new version of Dungeons & Dragons—but don’t call it “sixth edition” or “five point five.” From now on, there’s only going to be one D&D or—as WotC likes to say—”One D&D.”

We’ve all learned a lot since 2014, and digital gaming—given a massive boost by the COVID-19 pandemic—has become a viable (and, for some, their preferred) option for play. Hence WotC initiating this new project.

The team is adamant that it’s not a new edition. The idea is that there won’t be any more editions of D&D. There’ll just be One D&D. We’ll still see new rulebooks and supplements, but they’ll be evolutionary, not revolutionary, and everything will be backwards-compatible with your 5e material.

In their August 2022 “Wizards Presents” showcase, the team gave up the details—and announced that playtest materials are already available. Here are the highlights.

“Now, we stand at the start of a new generation of Dungeons and Dragons. And today, we’re going to introduce some of what’s in store for us as we embark on an initiative that we call One D&D.”

The presentation emphasized that WotC’s goal is to improve the game in every way, making it easier to play, with more character options, fresh advice for DMs and options to access game material and run games on your platform of choice. It broke the task into three components: Rules, D&D Beyond and D&D Digital.

“We did a smart thing with fifth edition by listening to the fans, and what came out of that process was a system that is stable, that is well-loved, that incorporates the best elements of earlier editions.”

The team plans to evolve the rules to emphasize what players enjoy. Nothing will be taken away. Instead, the emphasis is on providing more. More options, more character types, more backgrounds, more spells … you get the idea. 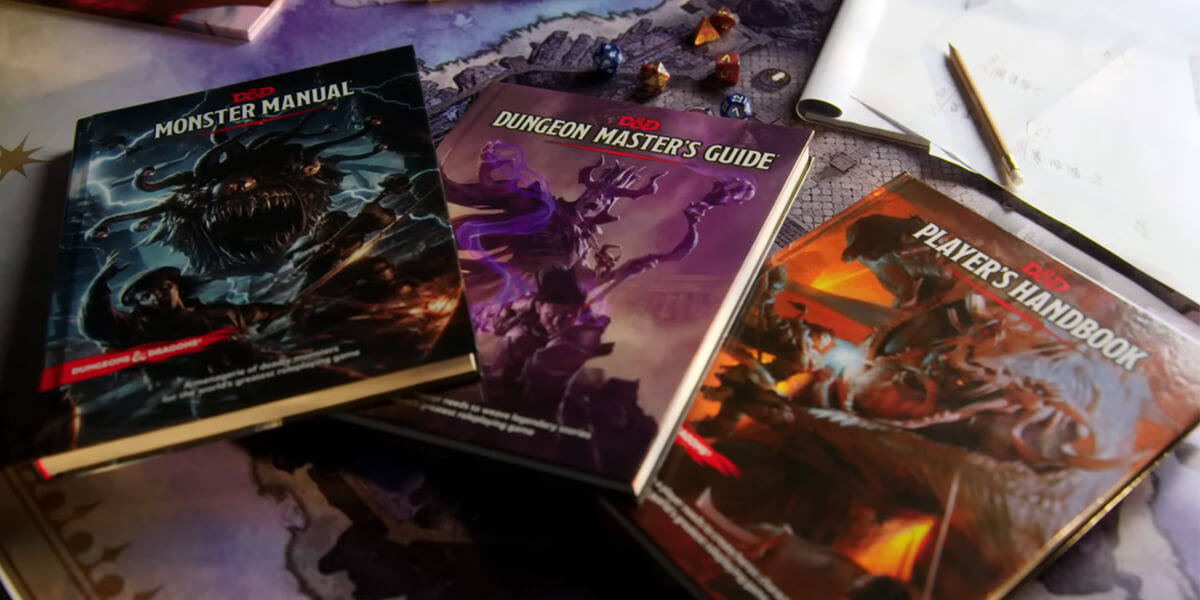 All three core books – Player’s Handbook, Dungeon Master’s Guide and Monster Manual – will be revised. The DMG, in particular, will be reworked to make it more beginner friendly.

“D&D Beyond is the base of our digital tools and assets for players in D&D. Currently, players are cobbling together all kinds of different apps and websites to have a true integrated D&D experience. What we want to do is just provide all the tools that the players need to play themselves in one space.”

Most Dungeons & Dragons players will have interacted with D&D Beyond. Now owned by WotC, it’s a fantastic repository of rules, adventures and more. Physical/digital bundles are coming so you can access your Dungeons & Dragons material on the platform you prefer, whether that’s a handsome physical book, a tablet app or even on your phone.

“Our future-facing aspect of this is D&D Digital, which will become a full play space for you to have experiences that are more immersive. We can play a game, roll some dice, and seize the miniatures moving around in a 3D play space, but that’s just the core of it.”

Did we mention the pandemic? Many of us play online, using various virtual tabletops (VTTs). Different platforms have different materials available—rulebooks, supplements, scenarios, and play aids—some official, some unofficial. Some free, some paid.

WotC is building its own VTT—D&D Digital—using Unreal Engine. Unreal Engine powers many popular video games; the prototype uses a “tilt shift” effect to make the (virtual) miniatures and terrain look like miniatures. Best of all, scenarios and source material will be modular, so you can take apart the different components – walls and halls, mountains and monsters – and put them together to build your games. Think of it as digital D&D Lego.

Perhaps the most exciting announcement was that playtest materials are available now. Simply visit the One D&D web page and click the “Start Playtesting” button.

The first package, Unearthed Arcana 2022 – Character Origins, focuses on characters (races, backgrounds, feats and more). There’s plenty to digest, and if you want your input into how Dungeons & Dragons evolves, now’s the time to have your say!

Written by Michael B.

Michael’s from Sydney, Australia. Over the years he’s organized game conventions, contributed to magazines, and written supplements for White Wolf and Dream Pod 9. He’s already wondering if he should use Tomb of Horrors to playtest One D&D. After all, a Total Party Kill is always a blast no matter what edition you’re playing.

Journeys Through the Radiant Citadel

Mordenkainen Presents - Monsters of the Multiverse

Gary Con celebrates a life well played! This 15th annual tabletop gaming convention honors the life of Gary Gygax, co-creator of Dungeons & Dragons. What more fitting place for this event than in Lake Geneva, Wisconsin, where it all began. See you at Gary Con!