In Compass Games’ second installment of designer John Gorkowski’s South China Sea, players will act out potential conflicts around China’s “String of Pearls,” (a series of key ports) in the Indian Ocean Region.

Players assume the roles of nations, or groups of nations, in the South China Sea and deal cards in multiple rounds of play to advanced their respective agendas.

“The profound influence of sea commerce upon the wealth and strength of countries was clearly seen long before the true principles which governed its growth and prosperity were detected. To secure to one’s own people a disproportionate share of such benefits, every effort was made to exclude others, either by the peaceful legislative methods of monopoly or prohibitory regulations, or, when these failed, by direct violence. The clash of interests, the angry feelings roused by conflicting attempts thus to appropriate the larger share, if not the whole, of the advantages of commerce, and of distant unsettled commercial regions, led to wars.”

Indian Ocean Region is a standalone game so South China Sea Vol. I isn’t required to play. It is solitaire-friendly so it can be enjoyed by solo players, too!

Players will immediately jump into one of the most dangerous geopolitical situations on the planet. The South China Sea is rich in oil, estimated at 11 billion barrels. The Sea plays host to more than half of the world’s fishing vessels. Approximately one-third of global shipping passes through the waters. The stakes are incredibly high for all countries involved.

The Cast of Powers 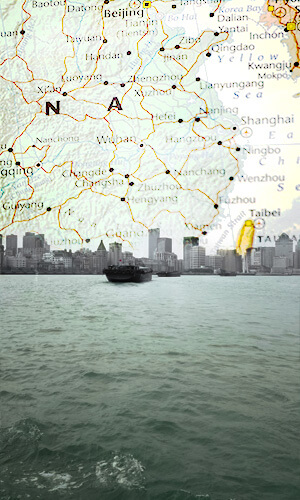 As China secures its sea lanes, other powers perceive corresponding threats to their own.  The United States has strategic incentive to preserve India as a counterbalance to Chinese expansion.  Any nation drawing oil from the Persian Gulf or Africa must wonder about the possible negative consequences of unrestrained Chinese power.  The increasing presence of Chinese naval vessels in the region only strengthens these concerns.  So, the region is not only a point of potential geopolitical friction, but also a critical theater in any larger global power conflict that erupts over friction elsewhere.

With political tensions high, each card play might trigger armed conflict.  When conflict arises, the time scale compresses to three to seven hours per turn and players deploy their military units to resolve matters by force.  Forces available to players include: individual capital ships, pairs or triplets of smaller vessels, squadrons of aircraft, and battalions of ground troops. All forces will be waging war at the far end of logistical shoestrings.

Conquistadors - The Spanish Conquest of the Americas 1518-1548