Share This:
Link Copied!
The appearance of U.S. Department of Defense (DoD) visual information does not imply or constitute DoD endorsement.

“The United States will continue to fly, sail and operate wherever international law allows, and support the right of all nations to do the same.”

Flashpoint: South China Sea is a two-player strategy game that simulates the complex geopolitical contest currently taking place between the United States and China in a disputed region of the South China Sea. 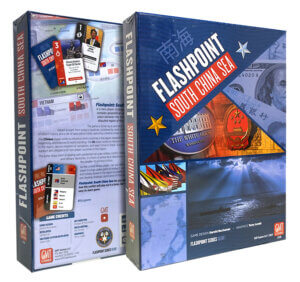 The game is driven by a card deck that captures developments ripped straight from today’s headlines, bolstered by cards with a context-setting reading of recent history, and a set of speculative cards capturing a diverse range of potential future events.

The Chinese player works to influence other countries in the region, establish territorial claims and regional hegemony, and improve its world standing. The U.S. player works to maintain influence with allied countries in the region, secure freedom of navigation, and keep China in check. Success for both players hinges on the support and allegiance of non-player countries in the region. The game stops short of dealing with a potential full-scale military conflict. Rather, it requires the nuanced exercise of political, economic, and military resources, in a form of prima facie diplomacy – on the waters, in the air, and ultimately in the minds of the people – to achieve victory.

Each player manages a hand of cards that can be used immediately for various operations, or may be held for future operations under more favorable circumstances.

key focal points for the players 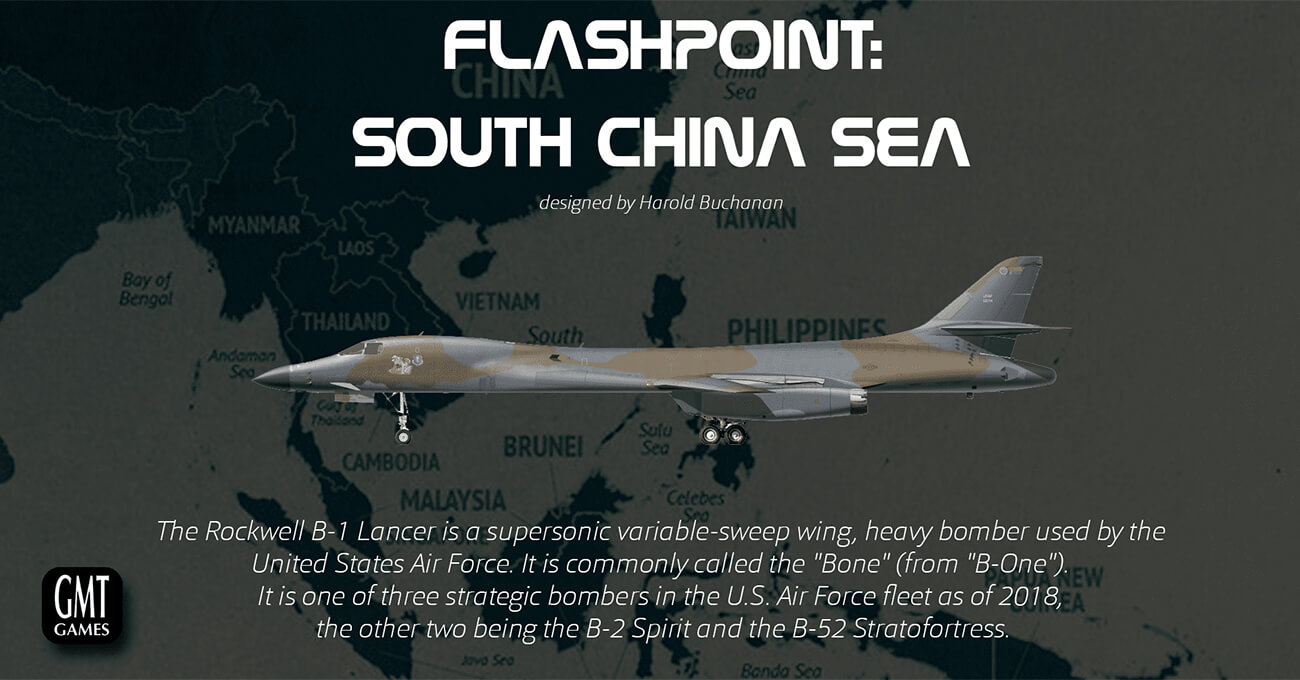 As the United States player, can you defend the claims of your allies and stare down the Chinese player in a high stakes game of chicken? Can you use your economic and military influence in the region to thwart China’s expansion? Can you erode or limit Chinese World Standing while frustrating their ambitions, without allowing Tension to get out of control?

As the Chinese player, can you use your developing economic and military power in the region? Can you solidify your claims and develop strategic dominance of the region?

Flashpoint: South China Sea lets you determine how this conflict will play out in a fast-to-play, easy-to-learn game!

Into the Woods - The Battle of Shiloh