You are playing Ticket to Ride and you are one card away from completing a 22-point cross-country route from Seattle to New York. You can feel the tension rising within you as you watch the players ahead of you reveal new cards and claim routes. The last pink card you need is revealed and you play it cool, trying to suppress your excitement. Then shock! dismay! devastation and rage—red, bloody rage—when the player to your right casually turns in six pink cards and claims YOUR route, the route YOU needed! Duluth to Toronto gone!

You have been hoarding pink cards for the past 20 minutes and now this, this…person, swoops in and takes it from you! A 22-point bonus now threatens to inflict a 22-point loss.

We all know we should go with Option C, but in the heat of the moment, it can be difficult to resist storming off in anger or retreating into resentment. I haven’t actually flipped a board since the first grade (Take that, Candy Land!), but I’ve felt like it.

Board games remain interesting to us because of the wide range of emotions they inspire. We may feel the ups and downs of apprehension, surprise, joy, dismay, and relief in the span of one 90-minute game.

And those feelings can persist long after the game is back on the shelf. My friend Mike betrayed our Anglo-French alliance in a game of Diplomacy in 1998 and while I have long-since forgiven him (it’s just a game, after all), I haven’t forgotten.

Daily life also barrages us with emotions, some of them unpleasant. Our capacity to cope with those emotions in a helpful way, dubbed “emotional intelligence,” is a powerful tool for success in work, relationships, and our mental health.

Board games and emotional intelligence intersect when things don’t go our way. That may cost us victory points—no big deal. But what about our emotional outbursts at work, with a family member, or in traffic? An inability to manage our emotions constructively can harm our careers and relationships.

Board games, by design, create a microcosm of life’s intense emotions, conflicts, and decisions. They create opportunities to consciously train emotional coping and decision-making skills. Playing board games has helped me develop my emotional intelligence. Here are some of the life lessons I have learned from Ticket to Ride. 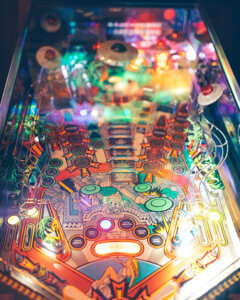 The term “tilted” derives from the world of pinball. It’s possible for a pinball player to adjust the movement of the ball by bumping or nudging the table. But if you nudge the table too hard—either to move the ball or because you are angry—it will register a “tilt” and you will lose your ball. Gamblers, and video and board gamers adopted the term.

So, in this context, becoming “tilted” means to become so angry or distressed following a setback that you lose your composure and begin to make mistakes, which leads to even more anger and frustration, which causes you to play even more poorly. This vicious cycle of bad decisions fuels anger and frustration. You begin to make rash decisions based on how you feel rather than strategic decisions based on the best available options.

A tilted player feels frustrated about losing and may begin to take more risks to recover their losses, leading to greater losses. Or a player who feels angry about the actions of other players may become vindictive, opting for revenge over victory.

In Ticket to Ride, there have been times when I became so flustered after someone claimed a route I wanted that I could not focus on the game. My mind was hijacked by what-might-have-been, and I was blind to the opportunities in front of me. I could not see, until I calmed down, that I still had other options that were nearly as good.

In extreme cases, getting tilted can lead to lashing out at other players verbally or physically—cursing, insulting, quitting, or ruining the game for everyone else. A sulking player may put a damper on game night for everyone. In the worst-case scenario, on outburst could seriously strain a friendship. Anyone who has ever flung a Monopoly board across the room knows what I’m talking about.

How can we avoid the tilt?

An opportunity to practice the skills of both board games and emotional intelligence is the key. Before you even choose your meeples, you know that something is going to go wrong, and you are going to feel angry or frustrated about it. Accept and prepare for it. This is emotional training time.

Make a plan for what you will do when the inevitable happens: “When I feel frustrated, I will take two deep breaths; I will consciously unclench my jaw and relax. THEN I will ask myself to identify two more options that are still (or now) available to me. Is there another way to accomplish my objective? Or can I shift my efforts toward a different (maybe even better) objective?”

Notice yourself becoming angry or frustrated and describe the situation to yourself, using neutral, objective language. I tell myself things like, “I’m feeling frustrated because other players are using the same routes to complete their objectives.” Then enact your plan.

Does this work? Not at first. It takes time and conscious effort to reprogram our emotional responses to stressful stimuli, but it does pay off in the long-term. Your mental health will benefit and your gaming friends will appreciate your efforts.

When things are not going your way, it’s easy to feel that you are being targeted. Why did the red player invade me and not another player? Why won’t anyone trade for my sheep? Even fate seems out to get you. Why does everyone else get the good rolls and I’m rolling snake eyes?

Like mom always said, “life’s not fair.” The reality is that no one is out to get you. Well, maybe they are, depending on the kind of game you are playing. In a head-to-head dueling game, they are trying to get you, because that’s how the game is played. To win, someone has to lose. It’s not personal.

In Ticket to Ride, and Euro games in general, it’s more likely that everyone is just trying to achieve their own goals and sometimes that means they will get in your way. And sometimes you will take the route that someone else needs to connect Los Angeles and Miami—not out of spite but because you also need it.

That’s life. Other drivers aren’t trying to inconvenience you. The baristas and customers ahead of you are not engaged in a conspiracy to make you late for work. Everyone is going about their business, pursuing their own goals, and sometimes those goals conflict and we trip over one another.

Examining board games and emotional intelligence has taught me to question the feeling of being ill-used or victimized. I don’t take it personally when someone thwarts and foils my plans and ambitions. I still don’t like it, but I know that they are trying to win and I am trying to win. Nursing feelings of indignation and resentment is a sure-fire way to suck the fun out of an afternoon of board gaming.

Rarely do all my plans work out as intended. In Ticket to Ride, I might collect cards in preparation for a route that is claimed by another player. In life, I apply for a job I don’t get, or a rainstorm cancels my hiking trip. Within board games, as in life, it pays to make multiple plans in case Plan A doesn’t work out.

In Ticket to Ride, I’ve learned the necessity of planning for multiple routes linking the same destinations and of taking train cards accordingly. Grab the pink cards you need. And if you identify an alternate route that needs blue and white cards, grab those when there are no pink cards available.

Keep multiple options open. Nothing is worse than needing cards of just one color and watching every color but the one you need flipped over. When you can use cards of many different colors—because you are planning for multiple routes—the card row becomes much more interesting and useful. You will be able to adapt and switch tracks better than the player who puts all his train eggs in one basket.

It’s sad but true; in board games, as in life, you can accomplish everything you set out to do and still lose. I have played games of Ticket to Ride where I completed twice as many Destination Tickets as the next player, had the longest path, and still lost the game. Even when it seems we have done everything right, we won’t always get the outcome we want. And we just must accept that.

Acceptance of reality is vital if you are going to shift your thoughts from dwelling on what you wanted to happen—what you think should have happened—to what did, in fact, happen.

Tilted gamers refuse the present situation, and are therefore stuck in the past. They are telling themselves things like, “It’s not fair. Why me? That shouldn’t have happened.” You can’t adapt and form a new strategy if you are still dwelling on an alternate reality. 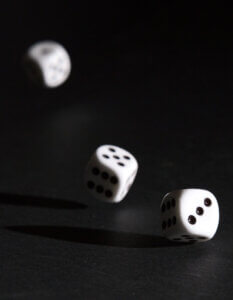 This is true in life as it is in board games. Acceptance of reality prepares us to change that reality.

Board games are good practice for life

Those are some of the life lessons I have learned from playing board games. Board games create concentrated experiences of conflict, failure, and success in a group setting.

Board games are training opportunities which provide great practice for improving the skills of decision-making, emotion regulation, conflict management, and getting along with other people. Developing skills for both board games and emotional intelligence will improve our gameplay and benefit us in all areas of our lives, including our relationships and mental health.

Just don’t you dare cut me off from New York again.