The Mensa Select ® Games have been announced! Every year, Mensa—the largest and oldest high-IQ society in the world—gathers hundreds of its members for a massive tabletop gaming event. The judging panel decides which games best meet their primary criteria:

The value of IQ score as a measure of human intelligence is arguable. However, the quality of these games is not! This year, Mensa awarded their Mensa Select ® distinction to these ten tabletop titans. 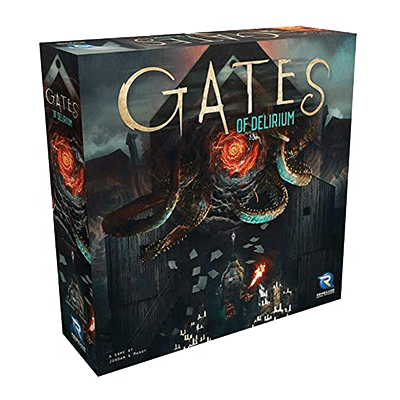 In Gates of Delirium, players have a hand of split action cards: one side sane, and the other insane. Every round, one player decides whether the round is sane or insane, and all players must play that side of their cards.

During sane rounds, players search for maps and lost pages to a secret tome, while assigning investigators to help them in their cause. During insane rounds, players collect ancient runes and work to build gates to release the monstrosities that their sane selves have been trying so hard to understand and prevent.

Earn the most victory points by the time the last monstrosity is released to win! 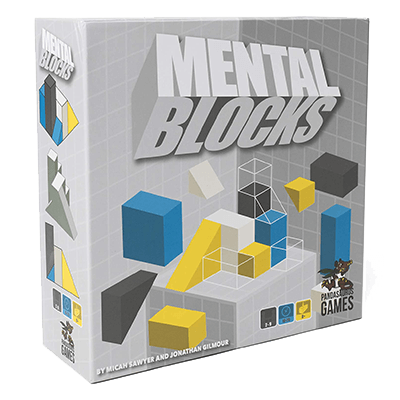 Mental Blocks is a game of puzzling perspectives, with players trying to complete a puzzle using oversized foam blocks, despite seeing only one perspective of the design.

You have to cooperate to complete the puzzle as a team—but you have a time limit, so don’t just sit around staring at the pieces! In addition to the time pressure, players have other challenges, such as not being able to talk or to touch certain color blocks.

Mental Blocks features sixty puzzles: thirty “family mode” puzzles, and thirty “challenge mode” puzzles that ramp in difficulty. For an even wilder game, you can add a traitor to the table to block your block-building! 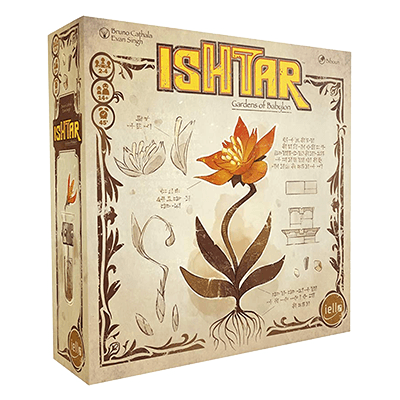 This Mensa Select ® winner is from the award-winning designer Bruno Cathala (Shadows Over Camelot, Kingdomino).

In Ishtar, you play the role of a gardener aiming to transform the dry desert into the Lost Hanging Gardens of Babylon. To accomplish your mission, you will have to plant flowers. If you place them well, they can help you gather precious gems and activate actions.

Decide whether to buy Trees—which will block the link between two Flower spots, as well as earn you points—or to purchase upgrades. Collect gems before your opponents, recruit apprentices and send them to earn points in the copses of flowers you have created. Block others and think carefully about the upgrades you purchase if you want to become the best gardener at the end of the game! 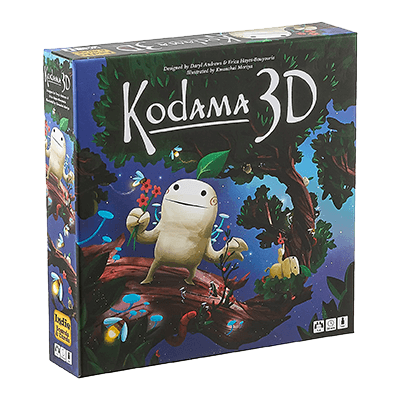 In Kodama 3D, players will grow trees in three-dimensional space. Players move their kodama pieces around a 4×4 grid of branch tiles in order to pick the branches they want to add to their tree. When a player adds a branch to their tree that doesn’t match what it is touching, they choose a goal card from the ones available.

After all players have placed 12 branches on their tree, players score all of their goal cards. The player with the most points wins! 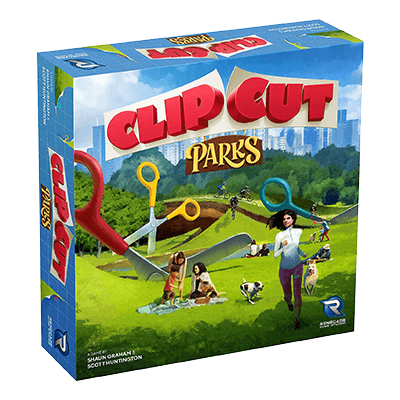 The city needs your help! The mayor has called on you to create a set of gorgeous parks with greenery to beautify the urban landscape. With a pair of scissors and a plan, use your snipping talents to clip a park full of dazzling multi-colored features. The first player to complete five park cards wins! 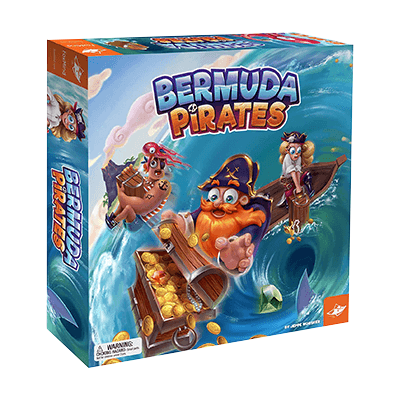 Bermuda Pirates is a highly original game where players’ boats are literally captured by the sea on their way to the treasures. Memory, dexterity, and sharp observation skills will be put to the test to prevail in this captivating game for the whole family.

In Bermuda Pirates, each player must push their boat with only one finger and reach the treasure island in the center of the board and grab some treasures. Avoid the whirlpools—magnets—as your boat might sink and you will need to start again! First player to get 4 different kinds of treasures wins! 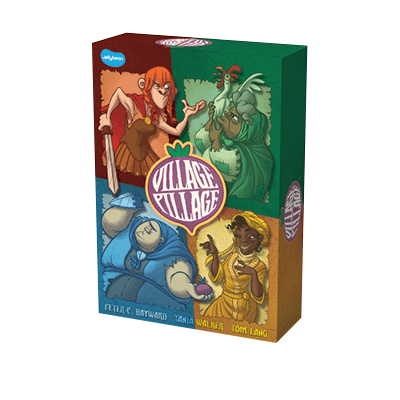 Protect your borders, attack your neighbors, and be the first to collect three turnip relics in this 2021 Mensa Select ® Winner!

Village Pillage features simultaneous play and action on all fronts! Each turn, players simultaneously choose two cards from their hand and play one against each neighbor. All cards are revealed at once, then resolved in order: Farmers, Walls, Raiders, Merchants.

Farmers produce turnips, Walls block Raiders, Raiders steal turnips, and Merchants either add new cards to your hand or help you purchase a relic. All cards return to hand, and the next round begins! The game ends as soon as any one player has three royal relics! 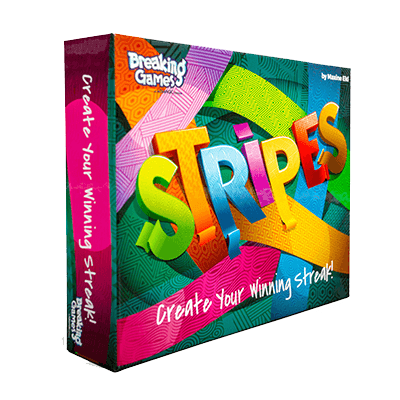 In Stripes, players have a row of seven cards on the table featuring many horizontal lines in a variety of colors. The goal is to make a single stripe of one color across your card set.

Each turn, you select one of the action cards to change your cards: flip, swap, steal, draw, etc. There are a certain set of actions available each round, depending on the number of players.

How many moves will you take to complete your stripe and win? 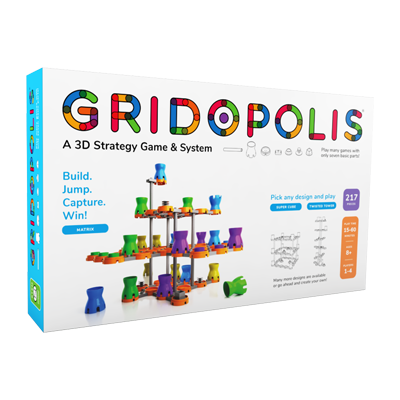 Gridopolis is a three-dimensional strategy game. If you have ever played checkers or chess, you get the idea. Only now, we are playing in 3D. This means you can move, jump, and play in any direction! You can move horizontally, vertically, and diagonally—and across multiple levels! Using an innovative—yet amazingly simple—structural system, game play happens in a three-dimensional space called a grid-set. Unlike other games, the grid-set is dynamic and changes during play!

The Gridopolis game—and system—is also flexible, modular and expandable. Grid-sets can be re-configured at any time to expand the game, change the rules, or even invent your own brand new game from scratch. The only limit is your imagination! 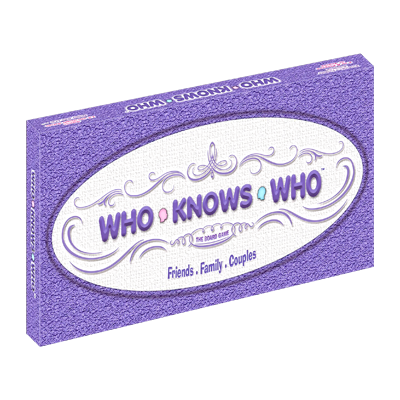 The challenge of this Mensa Select ® winner is to answer question cards drawn by other players.

If you can’t answer a question correctly, you then receive a Debit. If you receive four Debits, you now get a Task from the player who asked you your last question. A Task can be a project, favor, item, chore, assignment, etc., to be completed anytime after the game has finished. There are ways to lessen a Task or even eliminate it. It’s easy to keep track of any Debits you may receive on your specialized Tracker Card.

A notepad is also included with the game to transfer and post any players’ Task to remind them.

Architects of the West Kingdom

Wizards of the Coast provided some details of the next phase of Dungeons & Dragons: One D&D.

Considered the most prestigious prize in game design, the coveted Spiel des Jahres awards were recently given out! Check out the winners here!