Worthington Games’ Hidden Strike: American Revolution recreates the struggle between the American colonists and the British forces during the War of Independence. Each side tries to win the war by controlling a majority of regions. The game has an estimated release date of July/August 2021. Pre-order now! 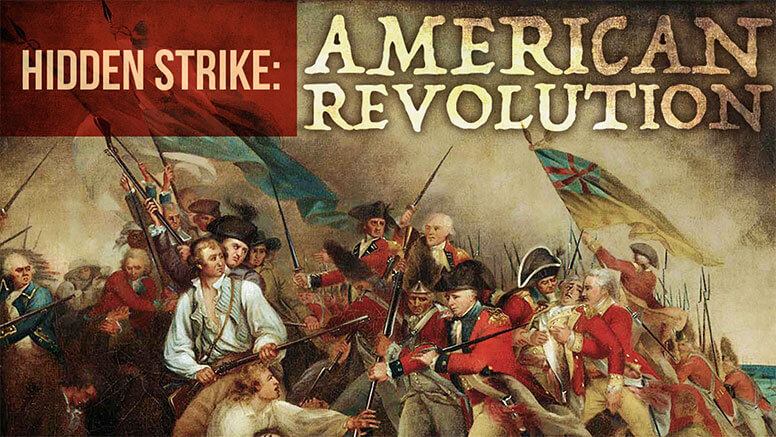 Confronted by overwhelming forces, the colonists will need strategy to defeat the larger British forces to gain their independence. This is a card-driven game, where players manage their hand of cards, usually playing just one card a turn to allow them to move tokens representing military forces across the board into key spaces at key times.

Hidden Strike: American Revolution provides a variety of different game modes from which to choose: 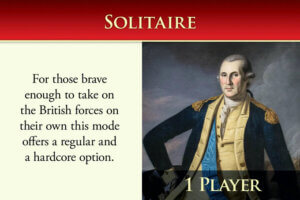 The Solitaire mode of play offers two difficulties. Basic and Hardcore. You will play as the Americans against a British AI “bot.”

The Basic difficulty is recommended for first-time players, especially those new to wargaming. It’s a great way to learn the mechanics and basic strategies of the game. Basic difficulty also gives the player the Alexander Hamilton Founding Father card, imbuing them with his special ability. Hardcore difficulty doesn’t give the player the benefit of a founding father ability.

(If you like solitaire games, check out our article on the Rise of Solo Play Games!) 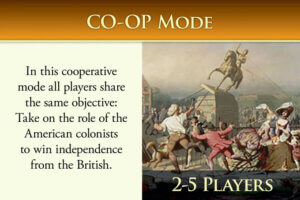 In Cooperative mode, two to five players will work together as American colonists to defeat a strong British AI bot. This bot behaves similar to the solitaire opponent, but will be much more of a challenge. This mode is a great way for multiple players to learn at the same time! 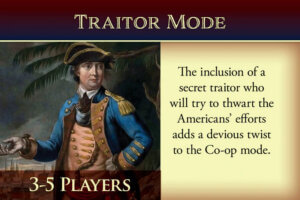 The idea of a traitor sounds like the most fun, if we’re being perfectly honest! You or one of your friends becomes a secret traitor to the American cause. The traitor’s win condition is a British victory and they must subvert the plans of the other players to see that goal through. The traitor role can be played covertly or overtly, but being a little secretive, especially early in the game, will probably give you an advantage! 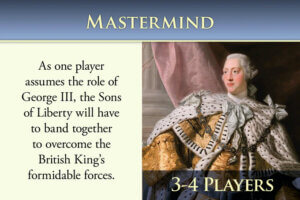 In Mastermind, one player takes on the role of King George III, and the other players become the Sons of Liberty.

The Sons of Liberty gain special abilities they can use to assist in the overthrowing of the more powerful monarch. These include peeking at the British hand of cards and manipulating them. In addition, they add cards to the Loyalty deck when resolving a region.

Hidden Strike: American Revolution is a card-driven game. The cards show troop values, abilities, special abilities, deployment abilities, and events. There are also regional control cards which show the side currently in control of that region. The Loyalty cards will be used in the Traitor and Mastermind modes as a game mechanic to dictate the relative success of the traitor or King George III.

Players must manage the deployment of their troops to various regions in order to gain or maintain control of them. 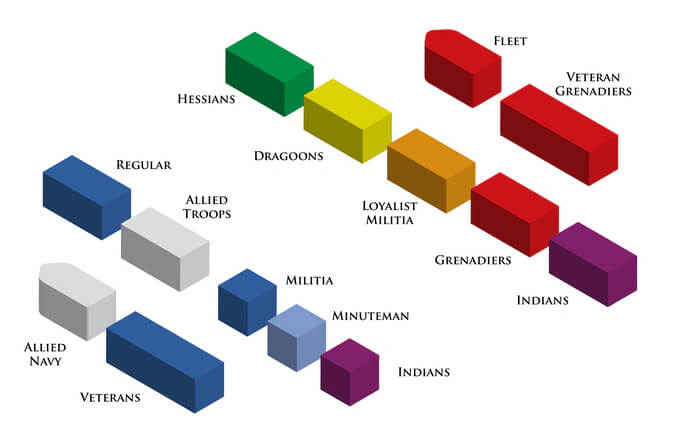 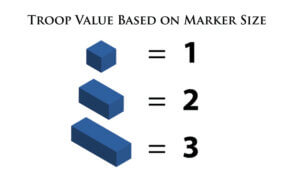 There are some game-ending conditions that are specific to certain play modes.  The overall win condition, though, requires that one side controls four of the six regions at the same time. 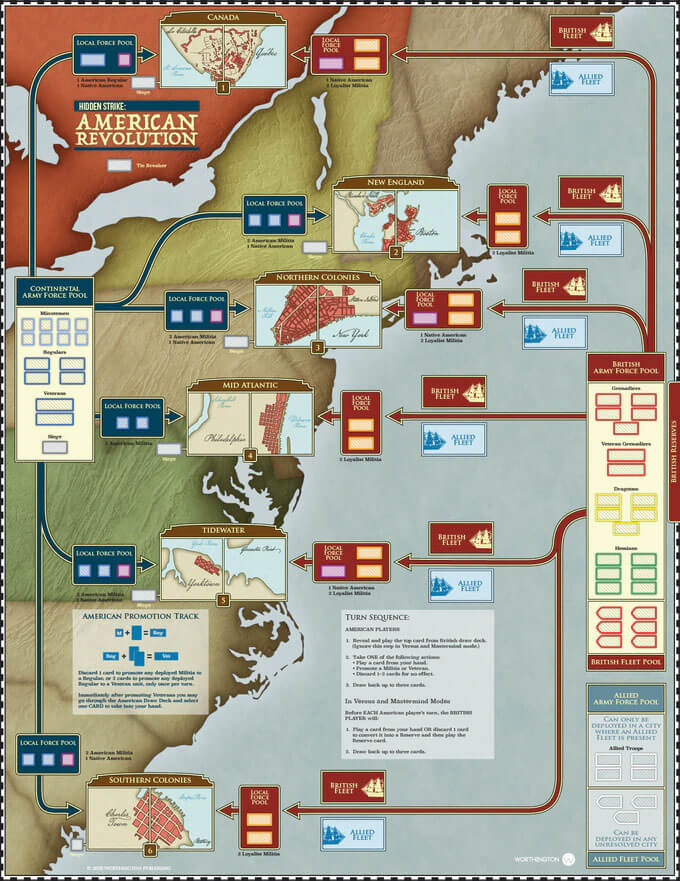 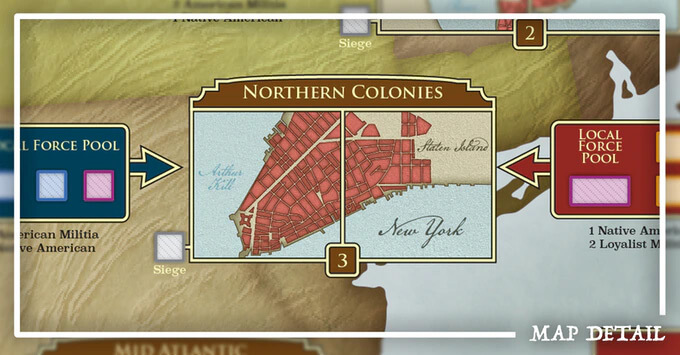 Check out other New & Upcoming Releases!