Avalanche Press‘ new Black Panthers Expansion for Panzer Grenadier: Elsenborn Ridge recreates the history of a legendary unit. The United States’ African-American 761st Tank Battalion—The Black Panthers—were one of the most effective units in WWII. Despite the virulent racism they endured from both citizens and U.S. military personnel, they overcame the obstacles unfairly placed in front of them and played a pivotal role in the war. 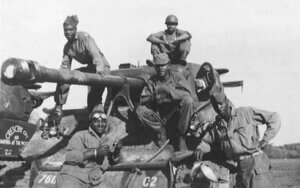 Fighting at the front for over 180 consecutive days, the battalion smashed through the Nazi forces. They were one of the first American units to reach Steyr, Austria, and liberated the Gunskirchen concentration camp. 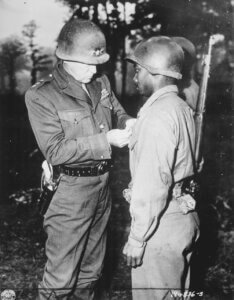 The 761st was decorated for their success, bravery, and leadership earning:

“In 1941, the U.S. Army began to create elite, segregated African-American units, including the 761st “Black Panthers” Tank Battalion. The Black Panthers saw action in France, Belgium, and Germany, fighting in the Battle of the Bulge and liberating the Gunskirchen concentration camp. The battalion saw 183 days of combat, lost 71 tanks, and suffered a 50% casualty rate.”

Black Panthers has 24 new die-cut and silky-smooth playing pieces for the Black Panthers under their distinctive insignia. There are two dozen scenarios based on the epic battles of the 761st and other African-American units.

Assembling a crowd of your closest friends, lying to them, and loudly accusing them of betrayal can be more fun than you might think! Although these three game types are often found together, there are various combinations of the three mechanics found in loads of tabletop games!

GMT's award-winning Musket & Pike series began in 2002, and now they're re-releasing the first two games—This Accursed Civil War and Sweden Fights On—for the first time in over a decade! In one box!

Vuca Simulations bring Operation Winter Storm to the table with high player-interactivity and great replayability. The Axis attempt to rescue the Nazi Sixth Army which has been encircled by Soviet forces.

5:30pm - This group meets regularly on the 2nd & 4th Friday of every month. Join the Madison Area Board Game MeetUp for a night of casual board...

11:30 am - The 2nd & 4th Saturdays of every month - Dungeons & Dragons organized play with the Madison chapter of The Adventurers League! (Click ...